The vocabulary used to describe textiles is rich, varied, and often unfamiliar. These terms include some of the most common words describing the techniques used in making textiles.

Batik: Indonesian term for the wax-resist dyeing process, or a fabric patterned with this process. Such fabrics reached fantastic heights of virtuosity on the island of Java in Indonesia in the late-19th and early-20th centuries after the introduction of machine-made cotton fabrics permitted more finely controlled designs.

Carding: A method of preparing fibers for spinning. It is used to even out the density of short fibers, most often wool, by laying them on the teeth of a wire brush (called a card) and scraping them with another matching wire brush. Cards with metal teeth are first recorded in Europe in the 13th century. Yarns spun from carded wool tend to be weak and spongy.

Combing: A method of preparing fibers for spinning. Fibers are aligned by drawing them through the teeth of a single large comb or transferring them between two combs. The process also separates longer fibers from shorter ones. Yarns spun from combed wool are smoother and stronger than yarns from carded wool, and are known as “worsted.”

Couching: A patterning process in which a yarn or object is attached to the surface of a fabric with one or more stitches.

Dye: A liquid containing a color-producing compound capable of being chemically bonded to fibers.

Dyeing: A process through which molecules imparting color are chemically bonded to fibers. The fibers may be un-spun, or in the form of yarns or fabrics, during the dyeing process.

Discharge printing: A printing technique, in which a bleaching agent is printed onto previously dyed fabrics to remove some or all of the color to create design elements.

Embroidery: The embellishment of fabrics by means of needle-worked stitches. An extensive variety of stitches and materials are used in embroidery.

Felt: A fabric made of loose, haphazardly arranged wool fibers, which have surface scales that stick to each other as a result of the felt-making process. In Central Asia, nomadic peoples live in circular tents called yurts, the roofs and walls of which are covered in felt.

Fiber: A long and narrow hair-like component of plant or animal tissue, and by extension the smallest linear component (natural or manufactured), used to create a yarn or textile. Usable textile fibers can be extracted from the stems or leaves of many plants, some wild and other domesticated. Examples of the latter include linen, which comes from the stems of the flax plant, and cotton, which is a seed hair. Likewise, the hair of many animals, such as sheep and alpaca, as well as the silk of the silkworm, can be used to make textiles. The term also applies to manufactured fibers such as nylon and acrylic.

Ikat: Indonesian term for the warp- or weft-resist dyeing process, or a fabric made using this process. The technique was very highly developed in Indonesia, Central Asia, and Japan.

Indigo: A dye containing the coloring agent indigotin, which produces a blue color. Indigotin is found in the leaves of several species of plants native to and utilized in different parts of the world. Indigotin was first synthesized in the late-19th century.

Kilim: Turkish word sometimes used to describe rugs without pile. It more precisely refers to rugs woven in slit tapestry weave made in the traditional rug producing areas of the Middle East.

Knitting: A technique using a single element or yarn in which a loop is drawn through a previous loop at the edge of a fabric. It first appeared during the Middle Ages, probably in the Islamic world, and spread to Europe, and from Europe to the Americas.

Loom: A device for weaving, containing a means of lifting selected warp yarns above other warp yarns, forming a space called a shed through which the weft is passed. Such devices cannot function unless the warp is under tension, so all looms also contain a means for stretching the warp. The invention of the loom greatly increased the speed at which cloth could be made of spun yarns. There are many different methods of stretching the warp and of forming sheds, ranging from the very simple to the very complex.

Looping: A technique using a single element or yarn in which the free end and full length of the yarn is pulled through previous work at the edge of a fabric to form each new loop. The element crosses over itself in proceeding to make the next loop. Looping is an ancient technique that existed before the domestication of fiber sources and the invention of the loom. The technique is still practiced in areas with less European influence such as the Amazon rainforest and New Guinea. Frequently, long plant fibers are used that can be twisted into yarn as the work proceeds.

Metallic-wrapped thread: Contrary to myth, gold and silver cannot be spun, and they are generally too precious and heavy to be woven. Frequently, the glint of gold or silver that embellishes many traditional textiles is a silk or linen yarn that has been wrapped with thin strips of metal.

Mordant: A substance (frequently a metallic oxide) that helps to create a chemical bond between the dye and the fiber in the dyeing process.

Oriental carpet: Any of a variety of pile carpets traditionally from regions east of the Mediterranean Sea (once referred to as the Orient). The terms carpet and rug are often used interchangeably, but “carpet” specifically refers to floor coverings with pile.

Piecing: The joining of pieces of fabric to make a larger textile. The top layer of “patchwork” American quilts is pieced before being quilted.

Pile: A plush or shaggy surface on a fabric resulting from loops or ends of yarn or fiber projecting above or below the surface of the fabric. In Oriental carpets, pile is formed by the cut ends of yarns commonly called rug knots.

Plain weave: The simplest possible interlacing of warp and weft elements in which each weft element passes alternately over and under successive warp elements (over one, under one), and each reverses the procedure of the one before it.

Plying: The process of twisting together two or more single yarns. If the yarn is composed of two singles twisted together, it is said to be two-ply; if of three singles, three-ply, etc. Plying is usually done in the opposite direction from spinning.

Prayer rug: A rug or carpet with the design of a niche or arch at one end of the field, some of which may have served Muslim worshippers in prayer.

Printing: Process of applying one or more colors to parts of a fabric by means of blocks, stencils, engraved plates, rollers, or silk screens, to create sharply defined designs. Traditional textile printing techniques include direct printing of the desired pattern, printing of a mordant prior to dyeing fabric, resist-dyeing, and discharge printing onto previously dyed fabric.

Quilting: The process of sewing together layers of fabric with lines of stitches, usually with a layer of padding in between the layers. Such stitching not only holds the layers together but is also often decorative in its effect.

Resist-dyeing: A process of dyeing selected areas of yarns or fabrics by covering up areas intended to remain un-dyed so that they “resist” the dye. The process may be repeated several times to create a variety of colors on a single cloth. A variety of materials and methods are used to create the barrier or “resist” between the dye and the fiber. Some of the most common include:

Rug: The terms rug and carpet are often used interchangeably. However, the term “rug” is broader, often including a range of coarse weavings including tent furnishings, bags for storage, and animal trappings.

Rug or carpet knot: A segment of supplementary wrapping weft whose cut ends project above the surface of the carpet. Although called a “knot,” the yarn segments are not actually tied, but just wrapped around the warp yarns and are held in place by the ground weft yarns. Depending on the coarseness of the yarns and how closely they are set, the number of “knots” per square inch of a carpet can range from less than 50 to more than 1,000.

Selvedge: The edge of a fabric where the yarns reverse direction.

Sericulture: The process of cultivating, harvesting, and processing silk from silkworms, primarily the domesticated caterpillar Bobyx mori, which is a type of moth. Silkworms are fed a diet of mulberry leaves, increasing their body weight nearly 10,000 times in their month-long lifespan. The silkworms extrude a protein-based liquid that when exposed to air becomes the filament that creates their cocoon. The cocoons are soaked in hot water to soften them and the filament is drawn out and wound onto a reel. Several filaments are drawn out simultaneously and twisted together in a process much like plying.

Shuttle: A stick or other device on which the weft yarn is wound in order to make it easier to pass it through the shed during weaving.

Spindle: A narrow tapered stick that is twirled in the spinning process, and onto which the spun yarn is wound. Hand spindles usually have a weight, or whorl, to help provide momentum.

Spinning: The process of drawing out and twisting together massed short fibers into a continuous strand. Fibers of naturally limited length, such as cotton and wool, must be spun to achieve a desired length, texture, and strength. Traditionally most fiber was spun by hand, usually with a hand spindle or spinning wheel. Today most fiber is spun by machine.

Tapestry weave: A type of weft-faced plain weave in which the weft yarns are discontinuous, turning back at the edges of each color area, instead of extending continuously from selvedge to selvedge.

Textile structure: The relationship of the elements in a finished textile. For example, plain weave and tapestry weave are structures found in woven textiles.

Twining: A textile structure in which groups of two or more elements in one direction twist around each other as they engage elements in the opposing direction. Twining may be oblique to the edge of the textile, as in a braid, or it may occur in either the warp or the weft direction or both.

Warp: On a loom, the warp is the set of elements stretched in place before the weft is introduced during the weaving process. The term is also used for a set of elements established before the interworking of weft elements by some other method, such as finger manipulations yielding wrapped or twined structures. In a finished fabric with two or more sets of elements the warp is a longitudinal set.

Weft: On a loom the weft is inserted over and under the warp during the weaving process. The term is also used for elements interworked with a warp by some other method, such as wrapping or twining. In a finished fabric with two or more sets of elements, the weft is the transverse set.

Yarn: The general term for any assemblage of fibers that has been put together in a continuous strand suitable for weaving, knitting, and other textile techniques. 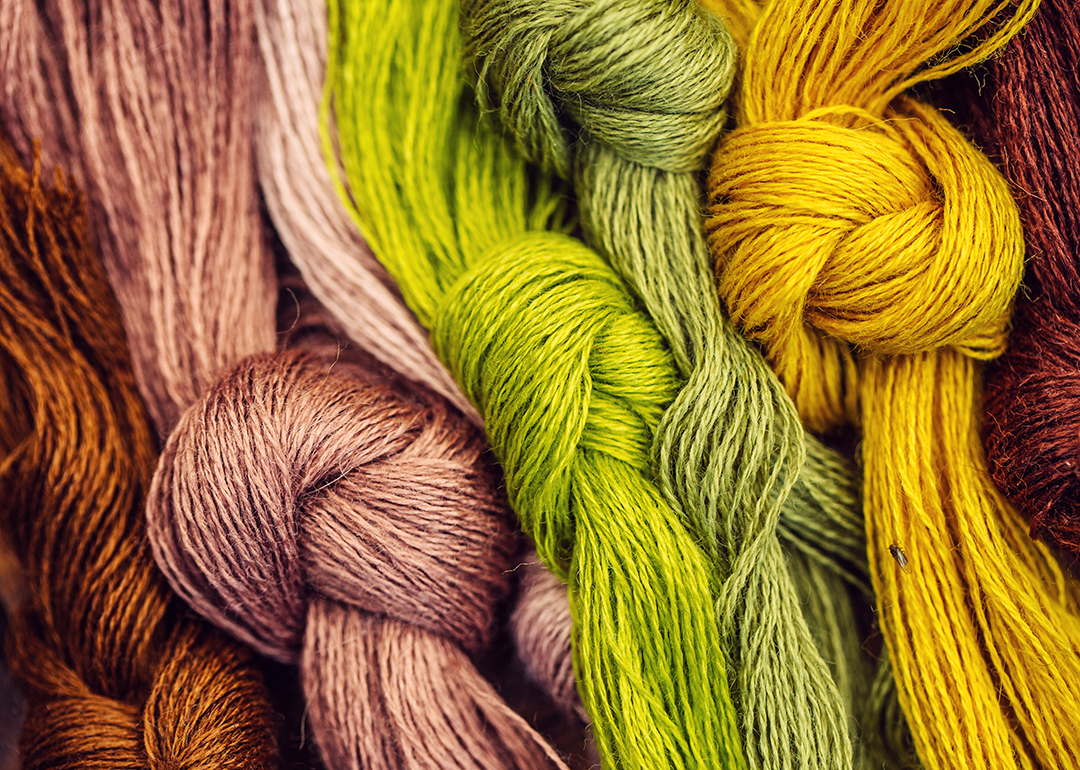 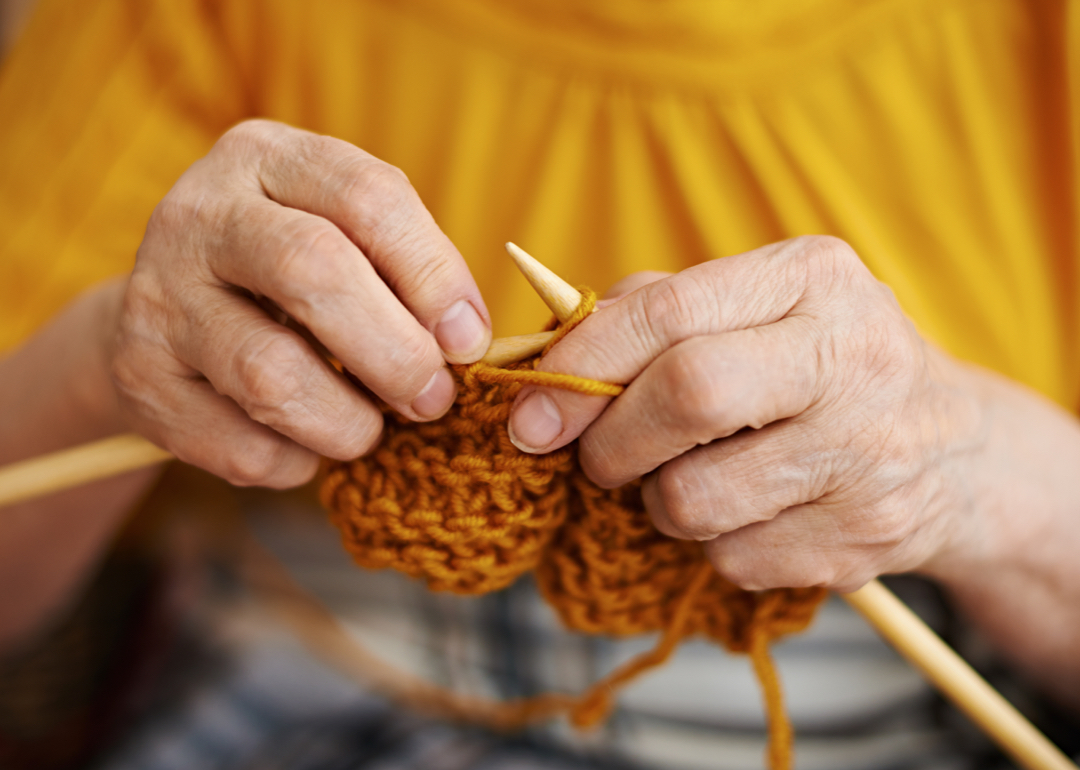 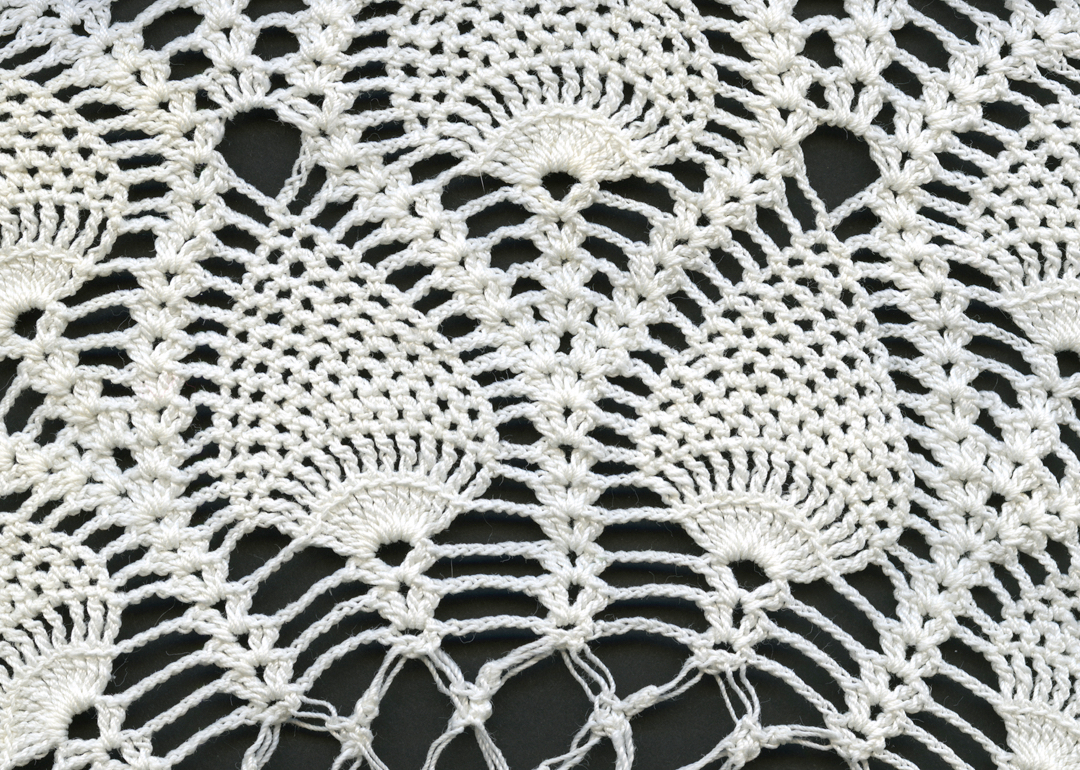