The Albert H. Small Washingtoniana Collection traces the founding and evolution of Washington, D.C., as a city and a national capital. It includes nearly 2,000 prints, maps, manuscripts, books, newspapers, broadsides and photographs. The collection was donated to the George Washington University in 2011 by real estate developer and philanthropist Albert H. Small.

Rare 17th- and 18th-century maps predate the establishment of the U.S. capital. Other maps in the collection illustrate the city’s founding plan, the Civil War era and 20th-century growth. These maps and other prints chronicle the emergence of neighborhoods, federal buildings, monuments and urban infrastructure.

This collection includes more than 600 books, pamphlets, planning studies, government reports, proposals and other documentation of Washington’s urban development. Highlights include President George Washington's letter to Congress describing the 10-mile square that would become the District of Columbia, and an 1814 manuscript map illustrating the infamous battle that resulted in the British burning of the White House.

The collection is especially strong in letters, photographs and ephemera that document Civil War Washington, including the war’s impact on the Capitol building, the White House and public monuments. One distinctive item is the War Department's broadside announcing the $100,000 reward for the capture of President Abraham Lincoln's assassin and conspirators. 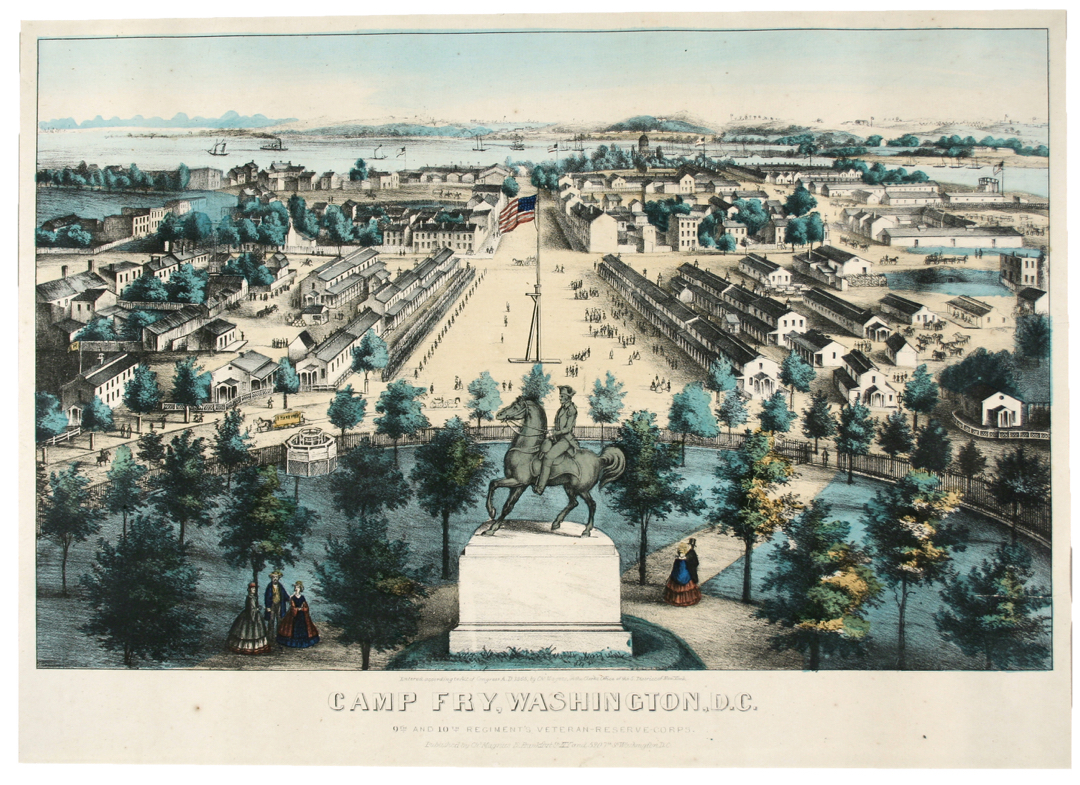 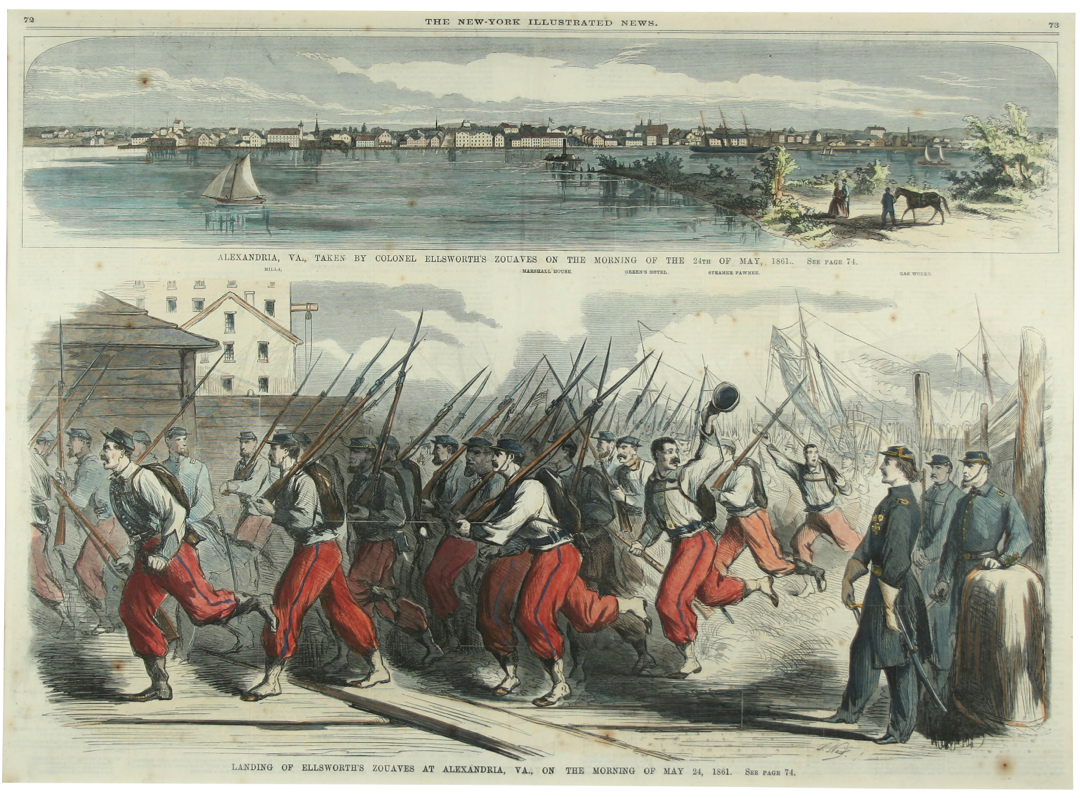 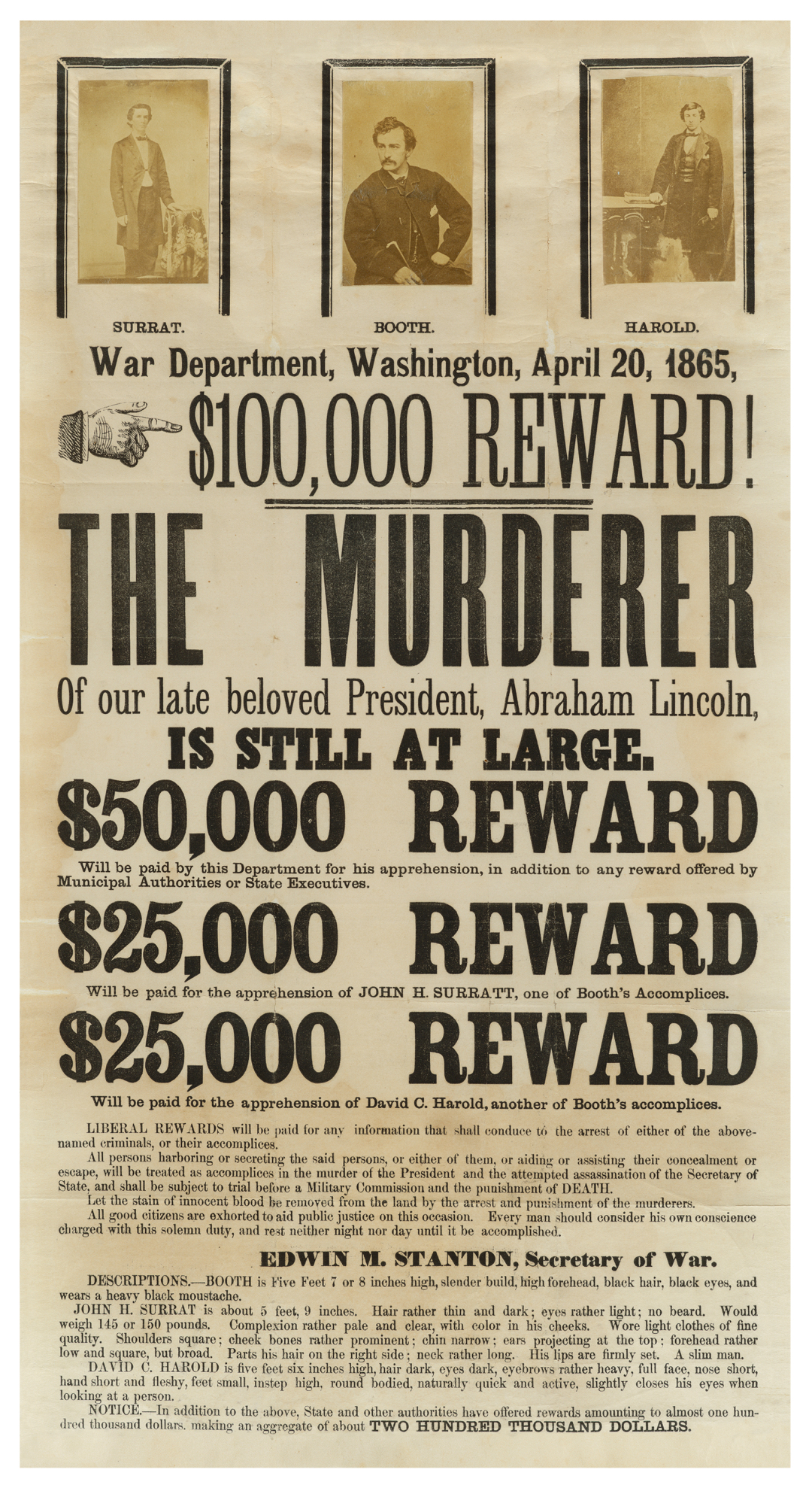 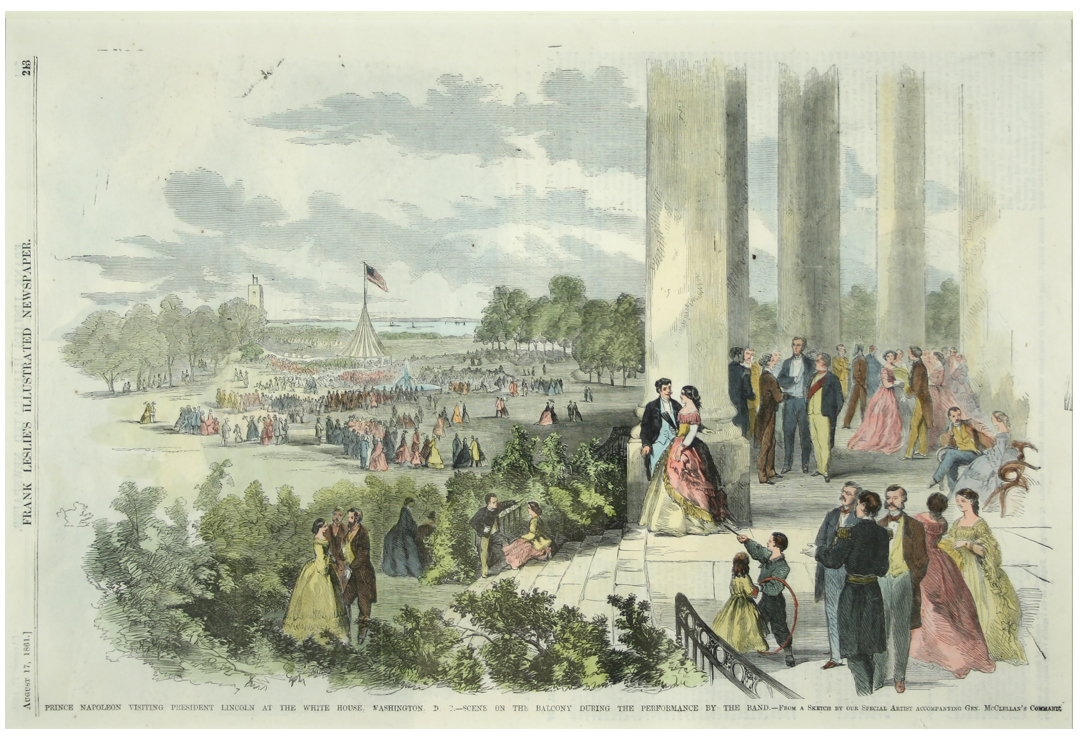 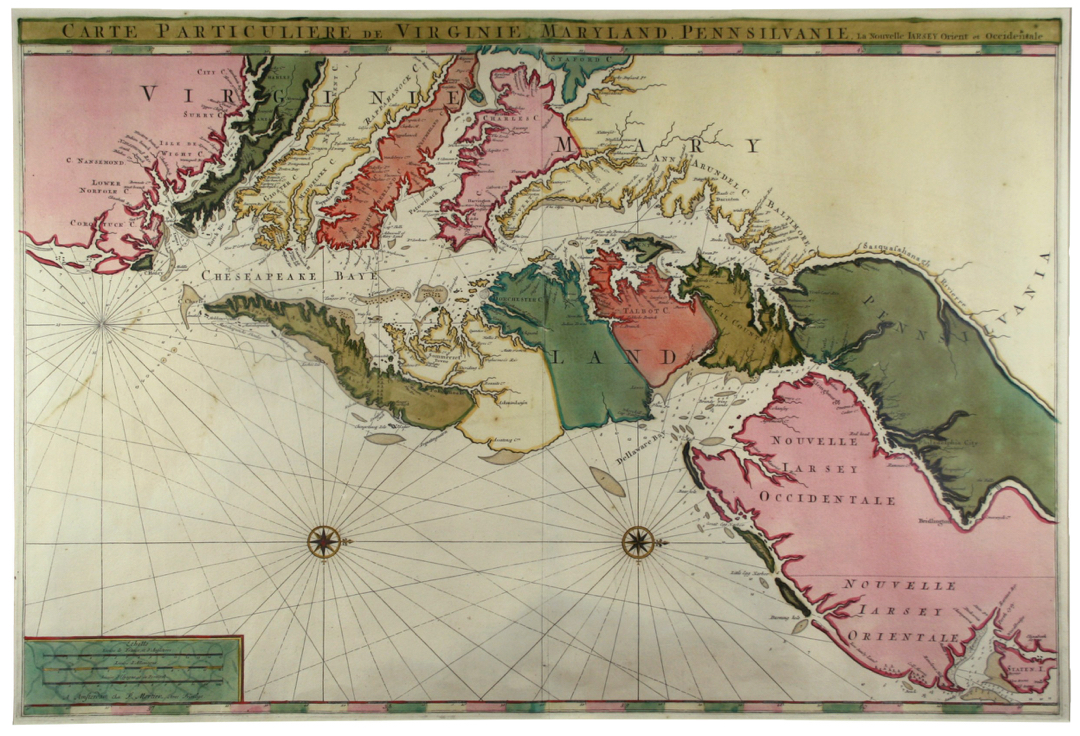 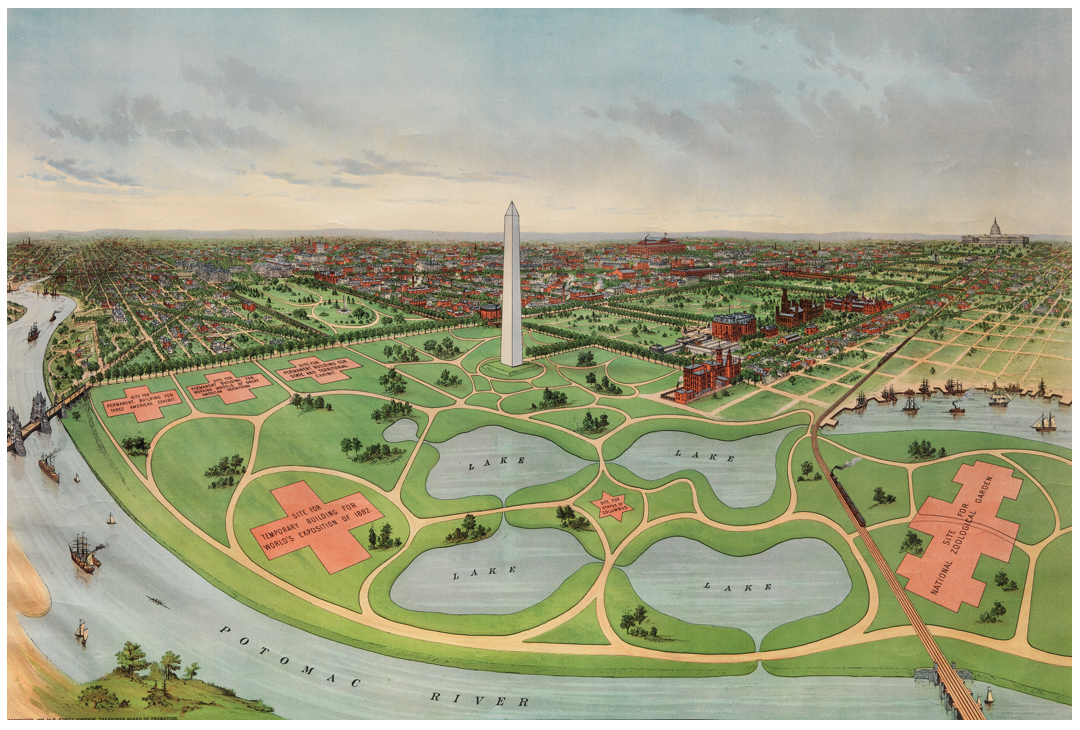 A. Hoen & Co., Birdseye View of the National Capital Including the Site of the Proposed World's Exposition of 1892, published by E. Kurtz Johnson, 1888, AS 286. 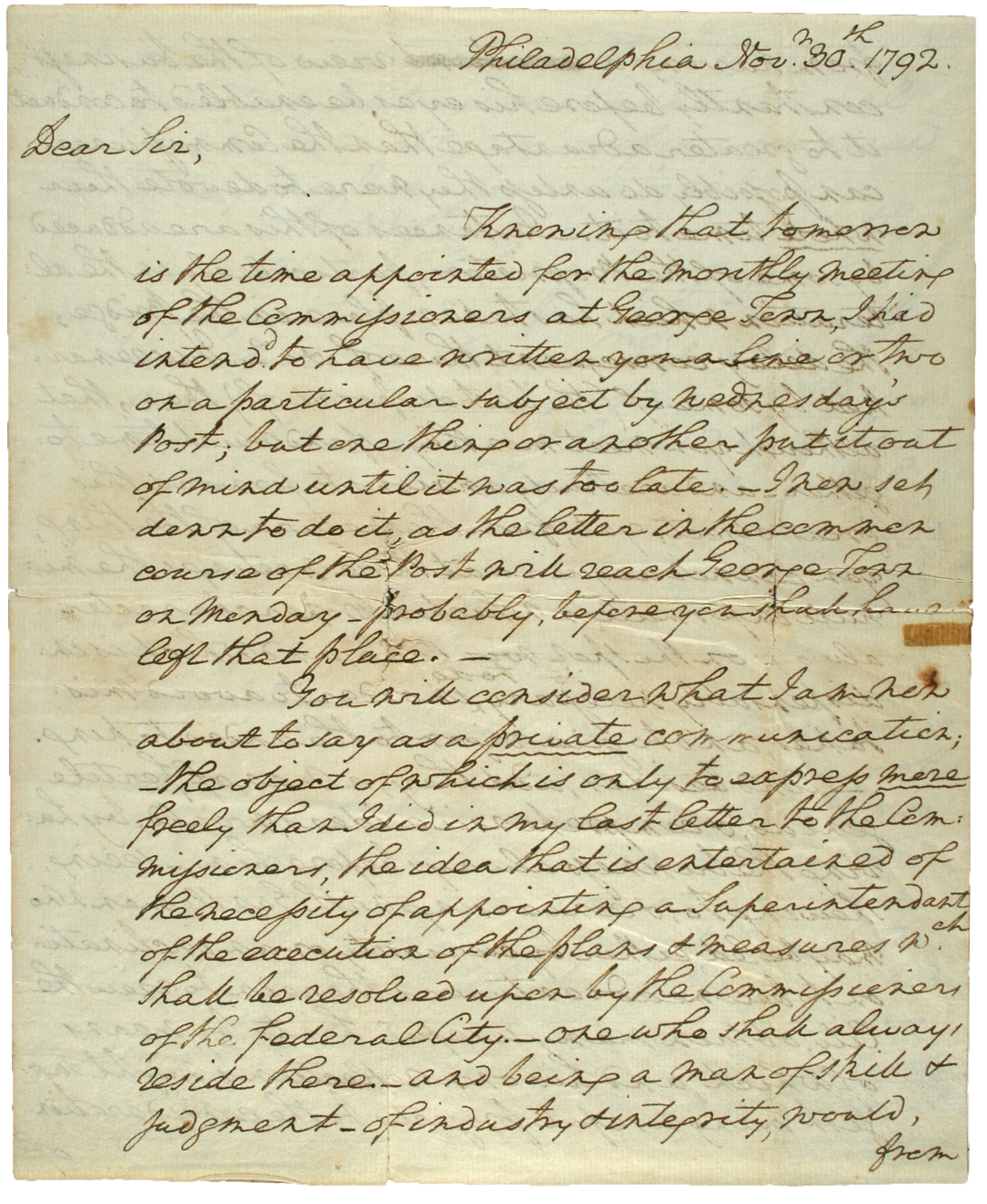 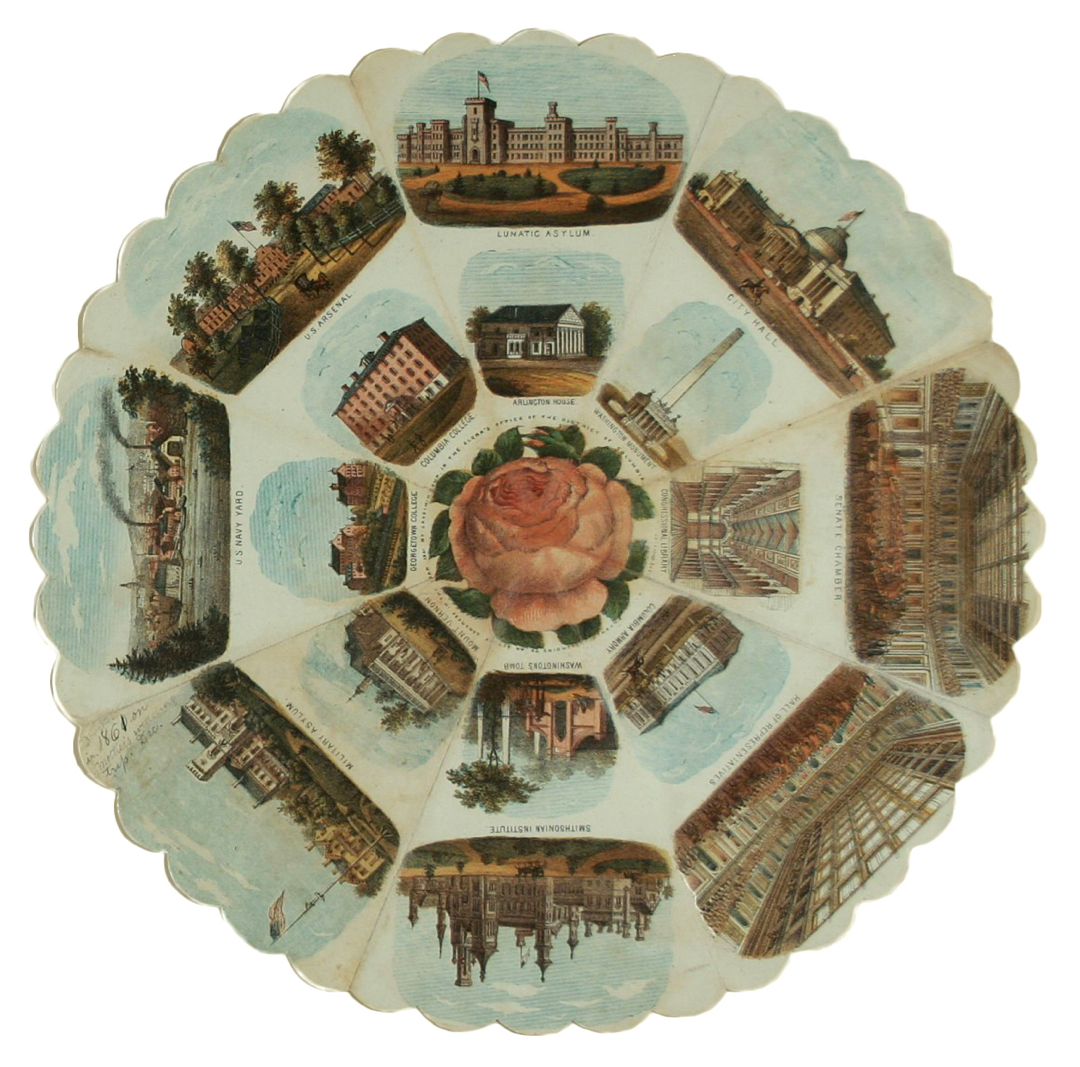 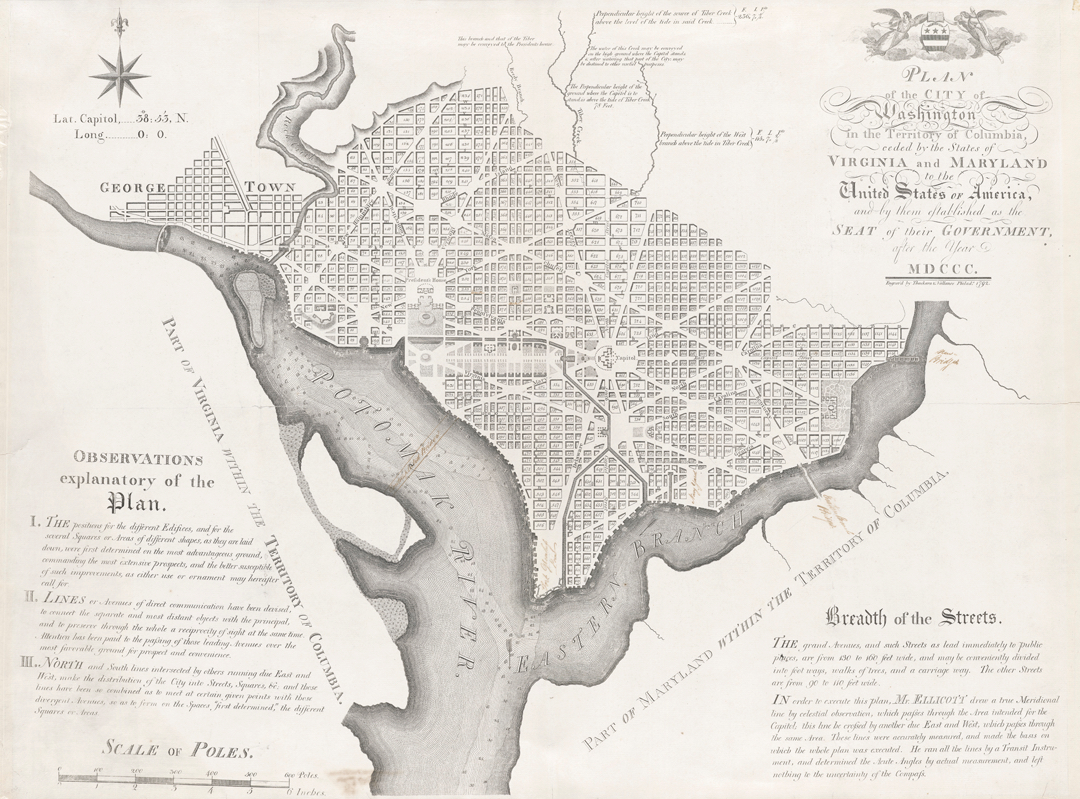 Plan of the City of Washington in the Territory of Columbia, engraved by Thackara & Vallance, Philadelphia, 1792, AS 64.