New Exhibition Reveals the Extraordinary Emergence of South Korea Into Pop-Culture Powerhouse, on View Through December 22, 2022 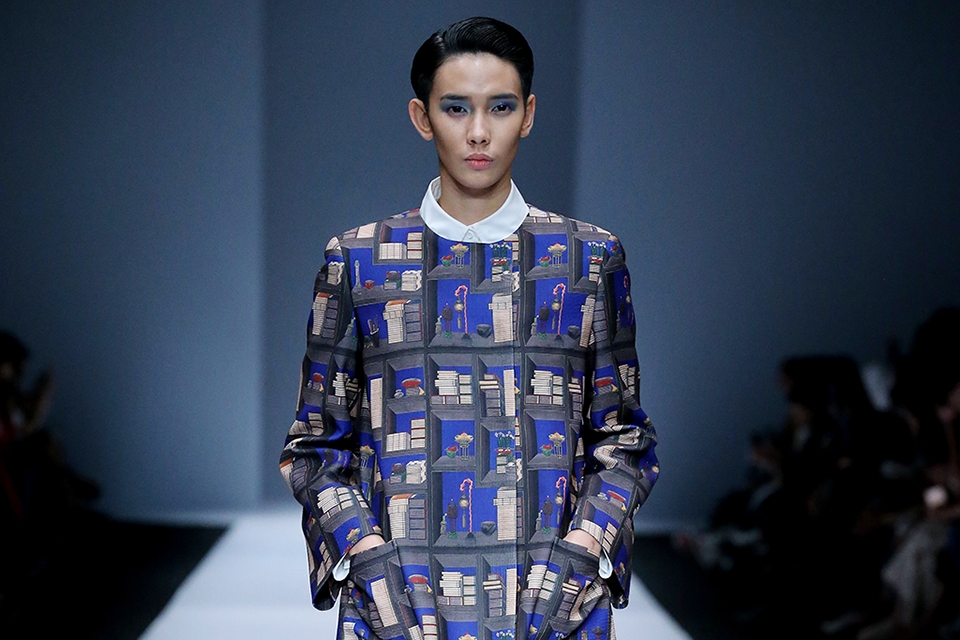 WASHINGTON (July 26, 2022)—South Korea's emergence as a pop culture powerhouse and one of the most fashion-forward nations in the world is revealed in Korean Fashion: From Royal Court to Runway, on view August 20 through December 22, 2022, at The George Washington University Museum and The Textile Museum in Washington, D.C. This exhibition is the first in the United States to offer visitors the full spectrum of fashion from Korea's last royal dynasty to today's Hallyu (Korean wave) in which artists and designers are simultaneously embracing traditional influences and cutting-edge concepts.

The extraordinary evolution of Korean fashion and textile arts over the last 125 years is presented through some 85 objects plus digital displays and K-pop videos that introduce textile arts – from “hanbok” (traditional Korean clothing) to home furnishings – and explore how their design and craftsmanship have changed alongside Korea’s profound socio-economic transformation. Visitors will see rare examples of ceremonial and everyday clothing, as well as fresh-off-the-runway ensembles that reveal how contemporary designers such as Lie Sang Bong (b. 1955) are blending the historical and avant-garde, local and cosmopolitan, and high and popular culture to create a distinctive and compelling Korean voice.

According to museum director John Wetenhall, "Korean Fashion offers our students and visitors a deep dive into South Korea's venerable cultural heritage and the global impact of its artistic creativity and innovation in fashion and textile arts in the 21st century. We anticipate that this exhibition will spark lively discussions on a range of topics."

"With the 'Korean wave' heightening international interest and social media providing immediate access and virtual community, Korean fashions are widely observed, admired, discussed and emulated across the world, making this an ideal time to bring treasured textiles from our collection together with works from outside private and public collections for this exhibition," observed Lee Talbot, the museum's curator who organized the exhibition.

Korean Fashion includes rare examples of clothing worn at the Korean royal court during the late Joseon dynasty (1392-1910). Some of these colorful embroidered silk jackets and robes, as well as furnishings, were on display in the Korean pavilion at the Chicago World's Fair in 1893, which dazzled visitors then, as they will again in Washington, D.C.

In the decades following the Korean War (1950-1953), South Korea transformed from an agrarian nation into an industrialized economic powerhouse. Continuing into the modern era, Korean Fashion showcases the work of pioneering Korean designers such as Nora Noh (b. 1928) in the 1950s and 60s, and Lee Young Hee (1936-2018) and Icinoo (b. 1941) in the 90s, the first Korean designers to present their collections on Paris runways.

Digital displays in Korean Fashion invite visitors to explore current street styles, as well as K-pop videos featuring looks worn by some of South Korea’s biggest stars. In the wake of the tremendous success of K-pop, K-cinema and other popular culture products, South Korea has become Asia’s epicenter of new “street fashion.” Simplified versions of hanbok have become increasingly fashionable among young Koreans, and the work of designers such as Hwang Leesle (b. 1987) and Kim Young Jin (b. 1971), who have launched successful brands specializing in easy-to-wear interpretations of historical styles, are on display in the show.

Major support for this exhibition and related programming is provided by the Korea Foundation, E. Rhodes and Leona B. Carpenter Foundation, and Bea and Thomas Roberts. Additional support is provided by Norma and Ted Lonoff, Roger and Claire Pratt, and Barbara Tober in honor of Dr. Young Yang Chung.

The George Washington University Museum and The Textile Museum is located on GW’s Foggy Bottom campus at 701 21st Street, NW, in Washington, D.C., just blocks away from the Smithsonian Renwick Gallery, the White House, Kennedy Center and the National Mall. Galleries are open to the public Tuesday through Saturday from 10 a.m. to 5 p.m. Admission to the museum is free.

For the most up-to-date information on the GW museum's visiting hours, exhibitions and educational programs please check the museum website.

Guided tours, as well as virtual and in-person programs, some listed here, explore themes from the exhibition. Browse upcoming programs.

Celebration of Textiles, Korea
(In person)
Saturday, September 10, 10 a.m.-4 p.m.
Celebrate Korean fashion and culture at the museum with exhibition tours, artist demonstrations, hands-on art activities and K-pop dancing. This event is a partnership with the Korean Cultural Center.

Korean Embroidery Workshop
(In person)
Friday, October 7, 10 a.m.-1 p.m.
Saturday, October 8, 10 a.m.-1 p.m.
Erin Byunn, artist
$60/members, $75/public
In this two-day workshop, master embroiderer Erin Byunn will guide you in creating a silk butterfly, one of the most popular patterns in East Asia. Butterflies symbolize joy and are frequently embroidered on Korean wedding robes. This program is supported by the Seol Won Foundation and Barbara Tober in honor of Young Yang Chung.

Hahn Moo-Sook Colloquium for Korean Humanities: Korean Fashion
(In person and virtual)
Saturday, November 5, 9 a.m.-4 p.m.
GW’s Elliott School of International Affairs
1957 E St. NW, Washington DC
Scholars and other leading voices in Korean fashion will examine Korean clothing since the late 19th century as an evolving expression of national identity, socio-economic transformation and aesthetic sensibilities. Register in advance to attend the colloquium in person or to receive Zoom information to join virtually. This program is a partnership with GW’s Institute for Korean Studies.

Gallery Tours
For in-person gallery tours led by experienced docents for a group of up to 20 people, submit an online request at least three weeks in advance.