Washington, D.C.’s history is intertwined with the Potomac River, which flows for hundreds of miles through Maryland, the District of Columbia and Virginia before emptying into the Chesapeake Bay. This exhibition of historical maps, prints and documents explores the complicated relationship between the capital city and the Potomac, including its “Eastern Branch,” the Anacostia.

Often called “the Nation’s River,” the Potomac has witnessed and shared in some of the most pivotal moments in the evolution of Washington D.C. George Washington saw it as a crucial commercial link to the American West. During the Civil War, the river divided North and South, and provided a last line of defense for the Union capital. One of its tributaries, the Anacostia, continues to divide the city today.

This exhibition of historical works from the Albert H. Small Washington Collection takes you down the river from Great Falls to Fort Washington. Letters, photographs, maps and other artifacts highlight important sites and stories along the way. In a letter written just days before his death, George Washington expresses his support for a network of canals that would bring local goods to western markets. A Civil War-era print illustrates an early torpedo – a chamber of explosives suspended from a barrel – that was used by Confederate troops.

Other works illustrate the river’s changing landscape, including new bridges, parks and the national airport. A drawing by architect W. H. Burr shows an early design for Memorial Bridge, complete with monumental triumphal arches. Artist William Newton painted the Anacostia shoreline in the late 19th century – capturing an idyllic wetland on the cusp of rapid development.

This exhibition is organized by the Albert H. Small Center for National Capital Area Studies with support from the Albert and Shirley Small Family Foundation. 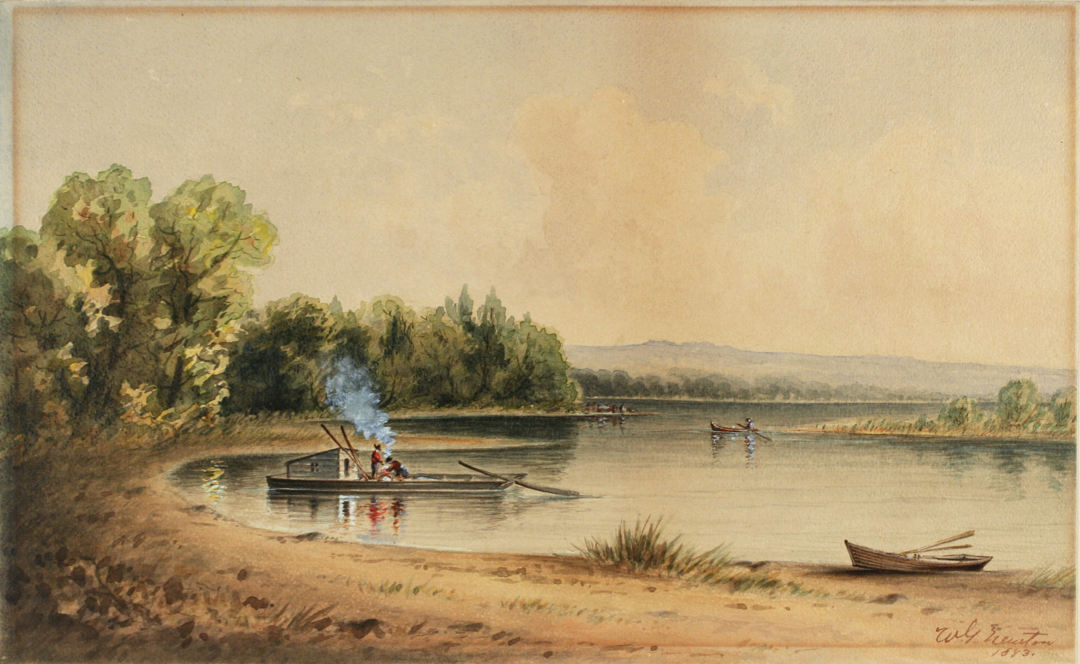 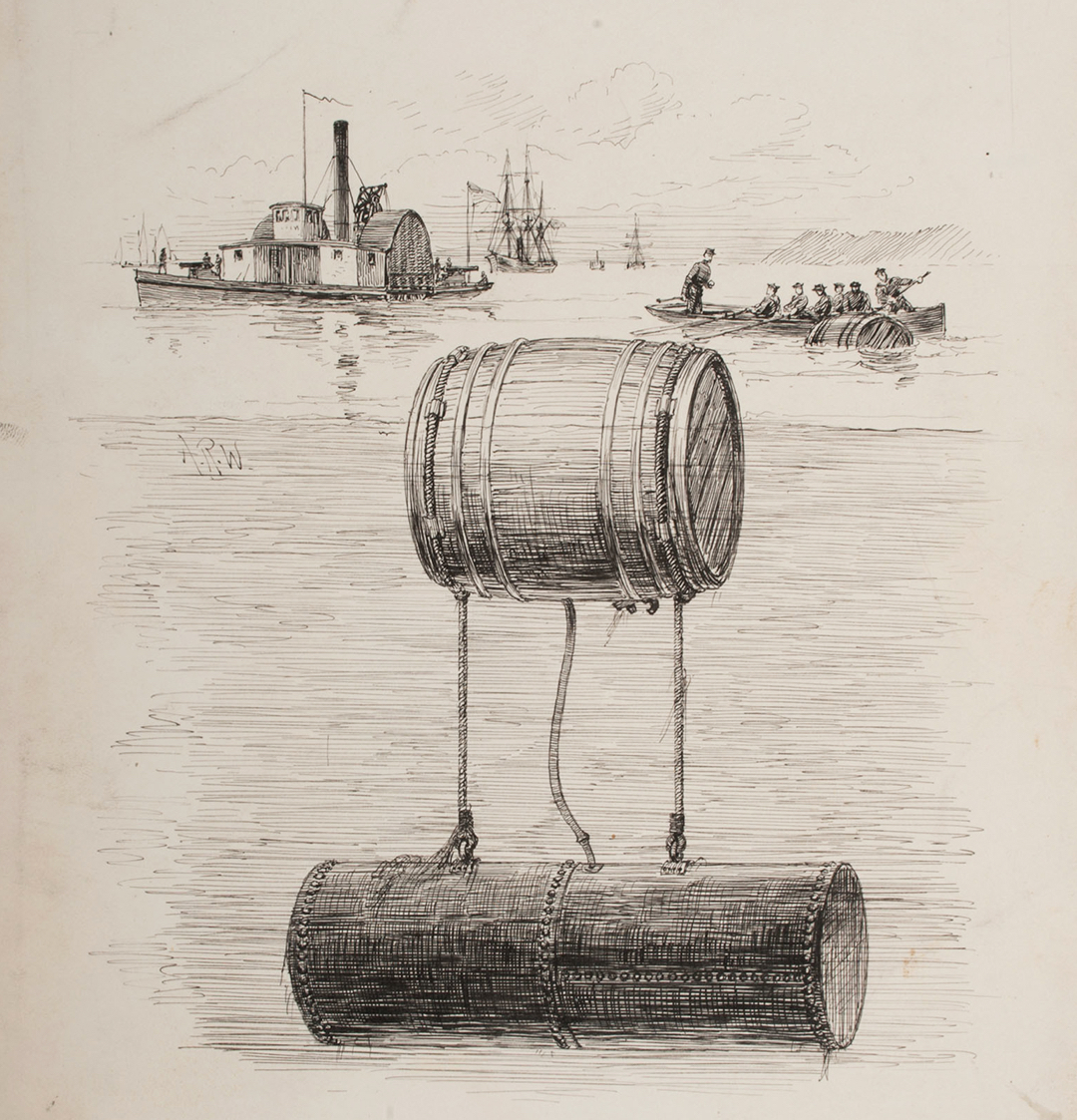 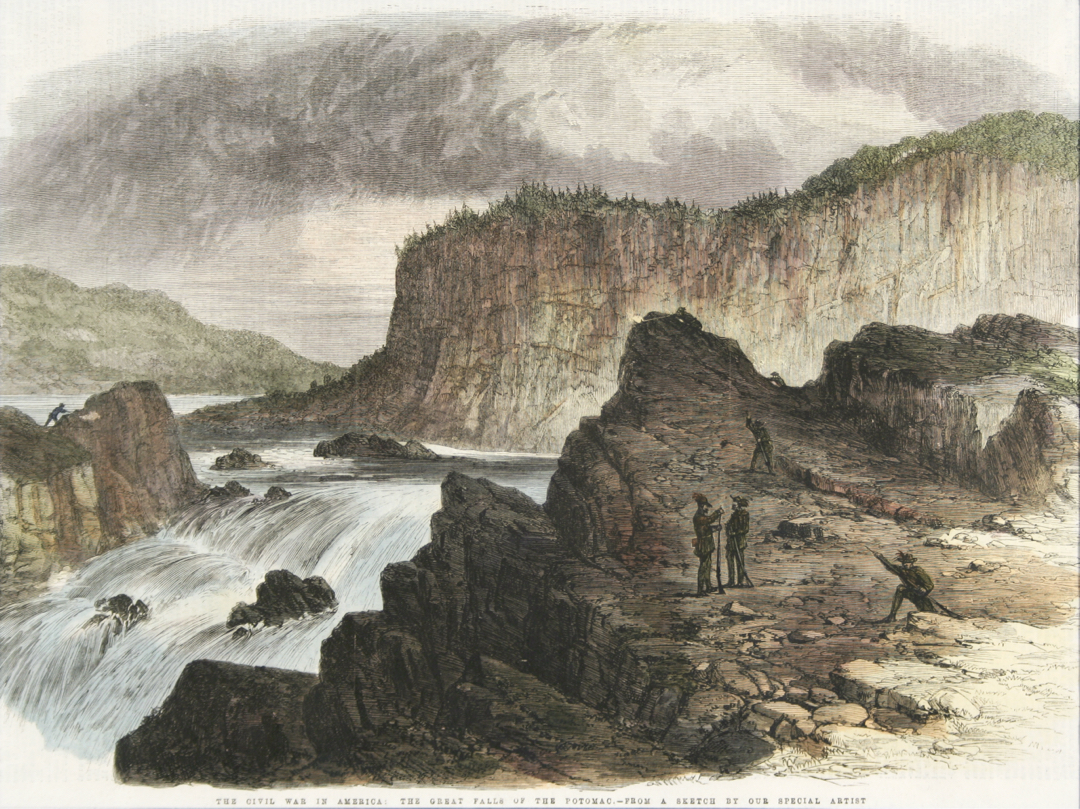 Letter from George Washington to James Keith, president of the Potomac Company, 1799, AS 935.