Before the digital age, generations of explorers, governments, scientists and travelers relied on printed maps for navigation, urban planning, military strategy and more. Drawing from the Albert H. Small Washingtoniana Collection, this exhibition brings together maps from the 17th to the 21st centuries, each with its own symbolic language and story.

What is a map? Equal parts art and science, maps are designed to communicate information and represent a place. They are also intrinsically biased, reflecting the choices and agendas of their makers. To fully decode a map, it is important to understand when it was made, who made it and why.

This exhibition explores the visual language of maps through historical examples used by different groups in and around Washington, D.C.: explorers attempting to navigate and control new territory, governments seeking to collect data to inform policy, and military personnel building battle strategies.

The earliest map on display is a 1690 navigational chart detailing the coastline of the Chesapeake and Delaware bays. Other examples were used for urban planning, including an 1854 proposal for expanding the grounds of the Capitol building. A hand-drawn map made during the War of 1812 shows the positions of British and American troops before the pivotal Battle of Bladensburg, which left the City of Washington vulnerable to pillage and arson. 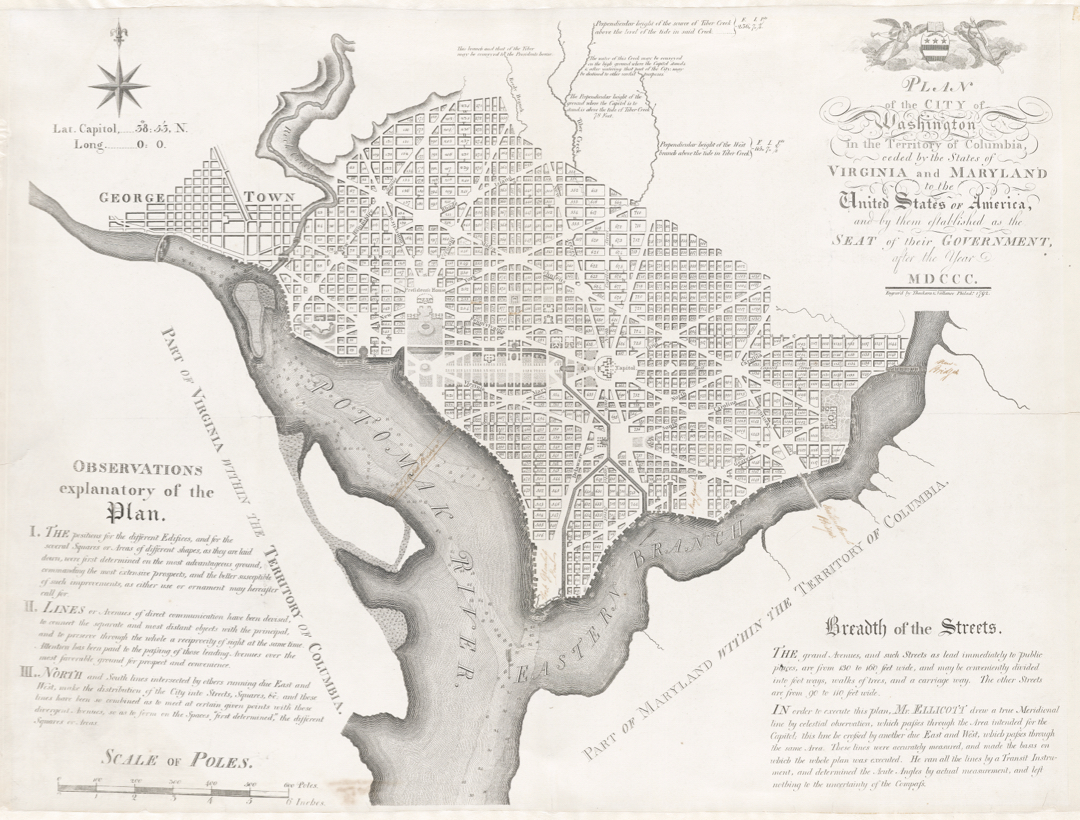 Pierre L’Enfant, Plan of the City of Washington in the Territory of Columbia, 1792, AS 64. 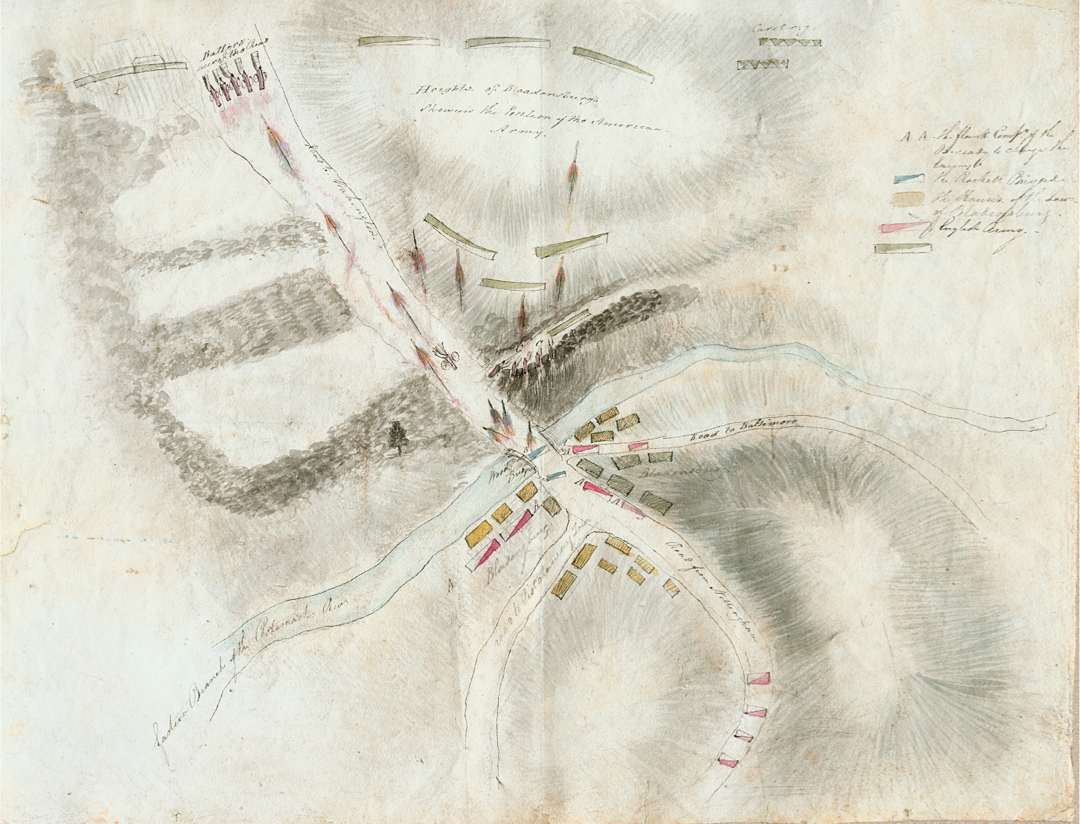 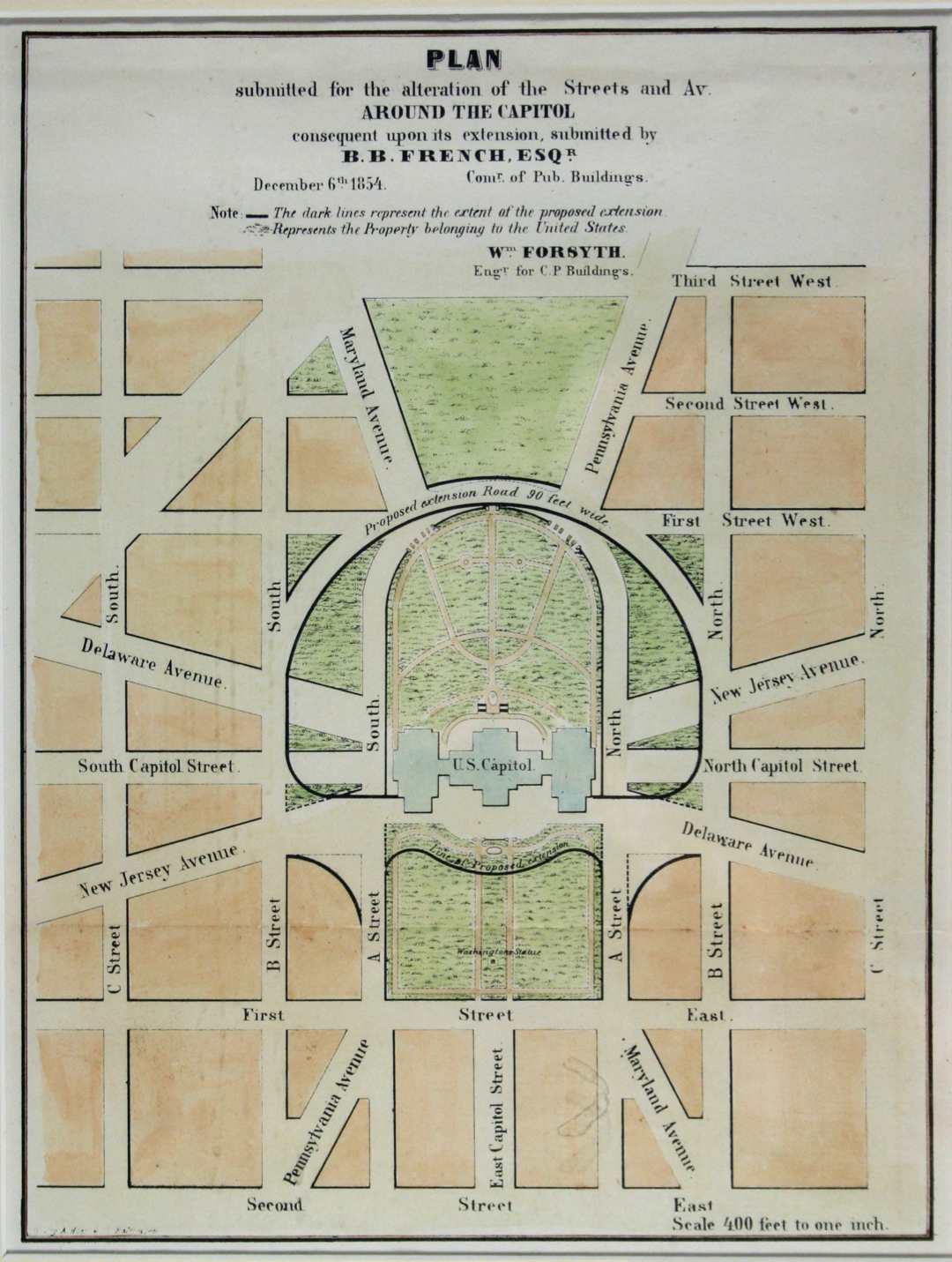 William Forsyth, Plan Submitted for the Alteration of the Streets and Av. Around the Capitol, 1854, AS 604. 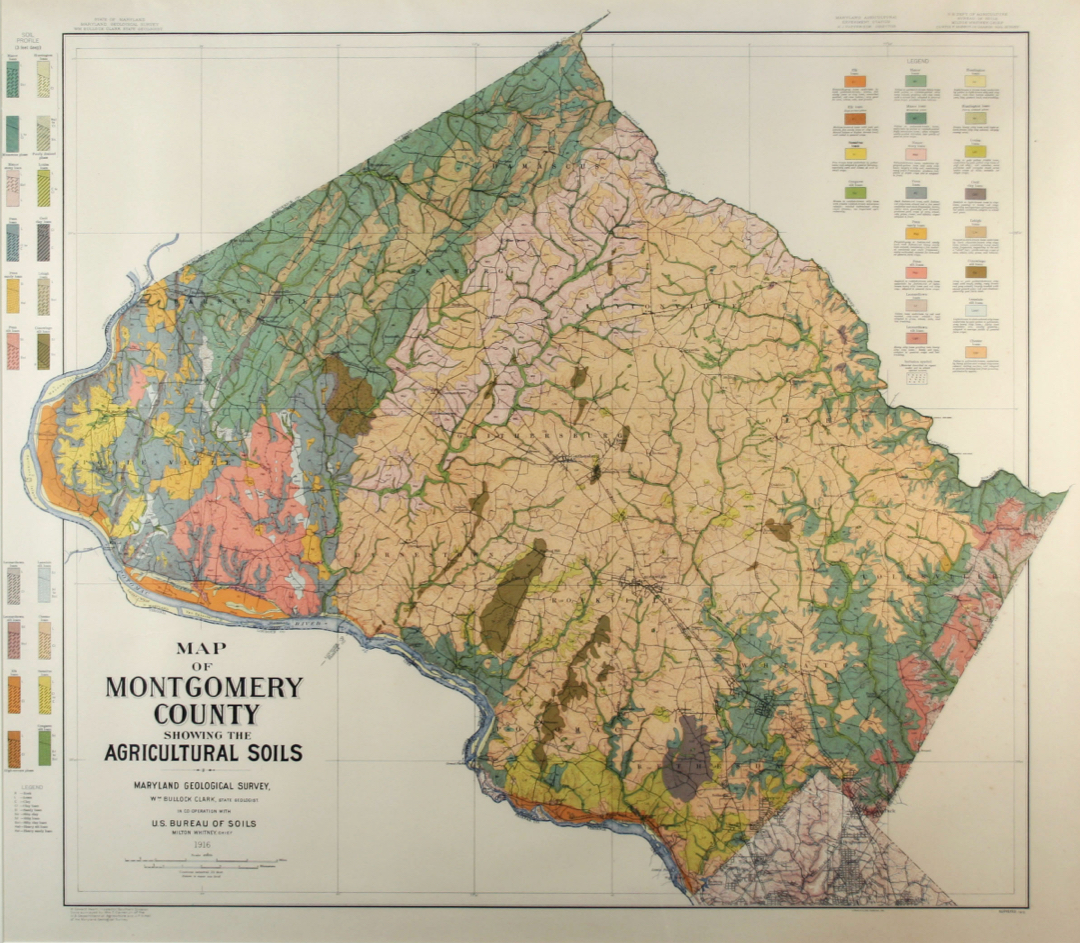