Washington, D.C., is inextricably linked with George Washington. Two other sites are also part of this Founding Father’s story: his Mount Vernon estate and Alexandria, Va. Curated by GW students, this display of letters, prints and artifacts from the Albert H. Small Washingtoniana Collection presented a nuanced look at Washington through the places that shaped him.

After securing America’s independence from Britain, George Washington planned to retire to his Virginia home, Mount Vernon. Instead, he was called back into public service for an additional eight years as the first president of the United States.

Mount Vernon was of great personal importance to Washington, but he also had a profound impact on the neighboring community of Alexandria, completing the first survey and plan for the town. The federal city itself remains one of his greatest legacies. In 1790, Congress selected this area north of Mount Vernon as the permanent seat of government for the United States.

George Washington and His World explored the role of each of these three places in President Washington’s life and legacy, through portraits, letters and other artifacts in the museum's Albert H. Small Washingtoniana Collection. The exhibition also marked the curatorial debut of 17 GW students who studied history with Professor Denver Brunsman. The class contributed to exhibition development, research and label writing. 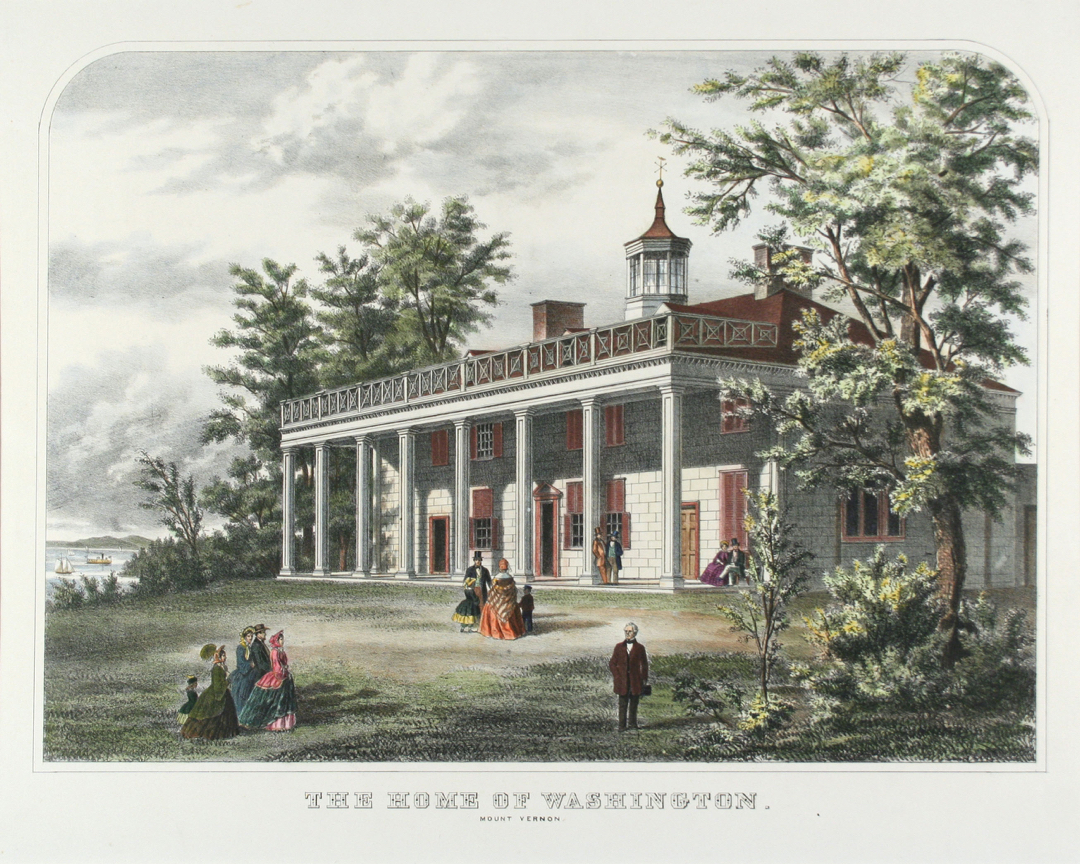 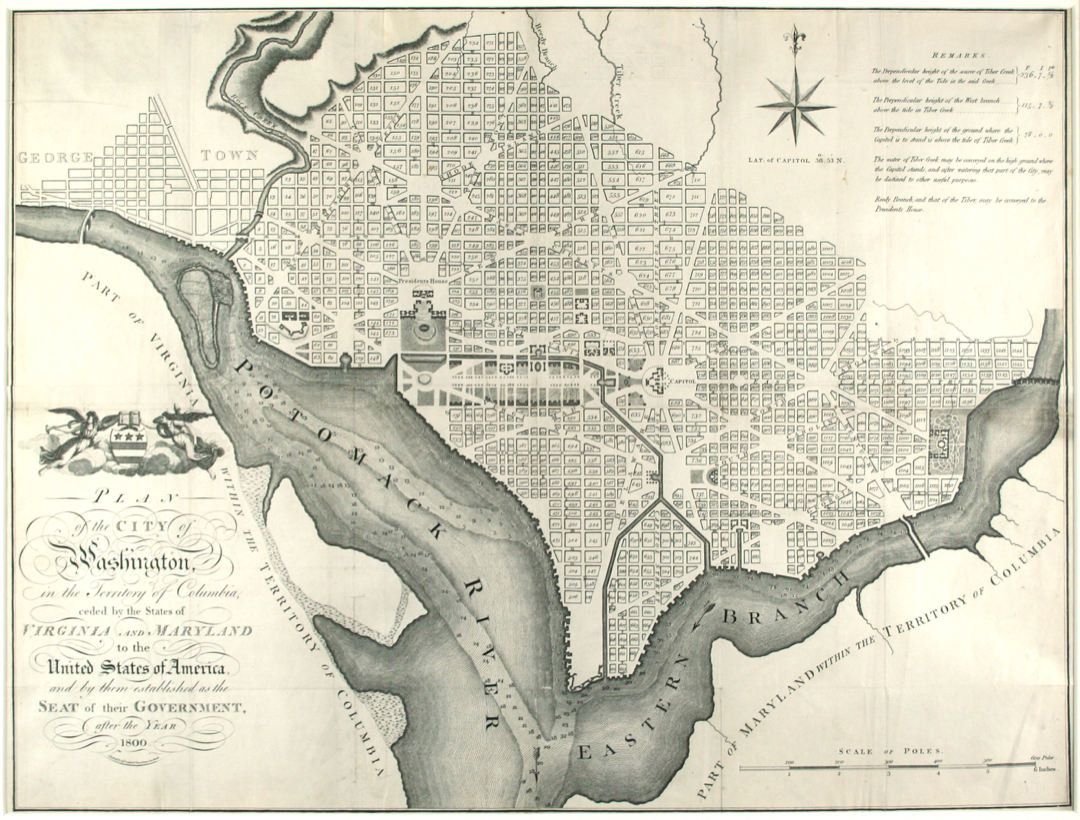 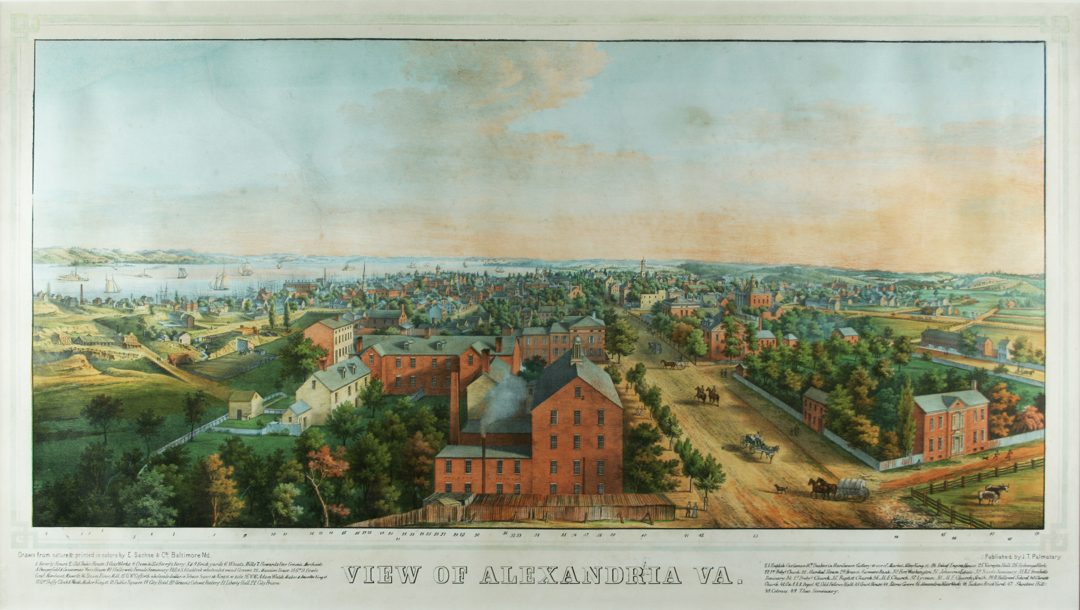 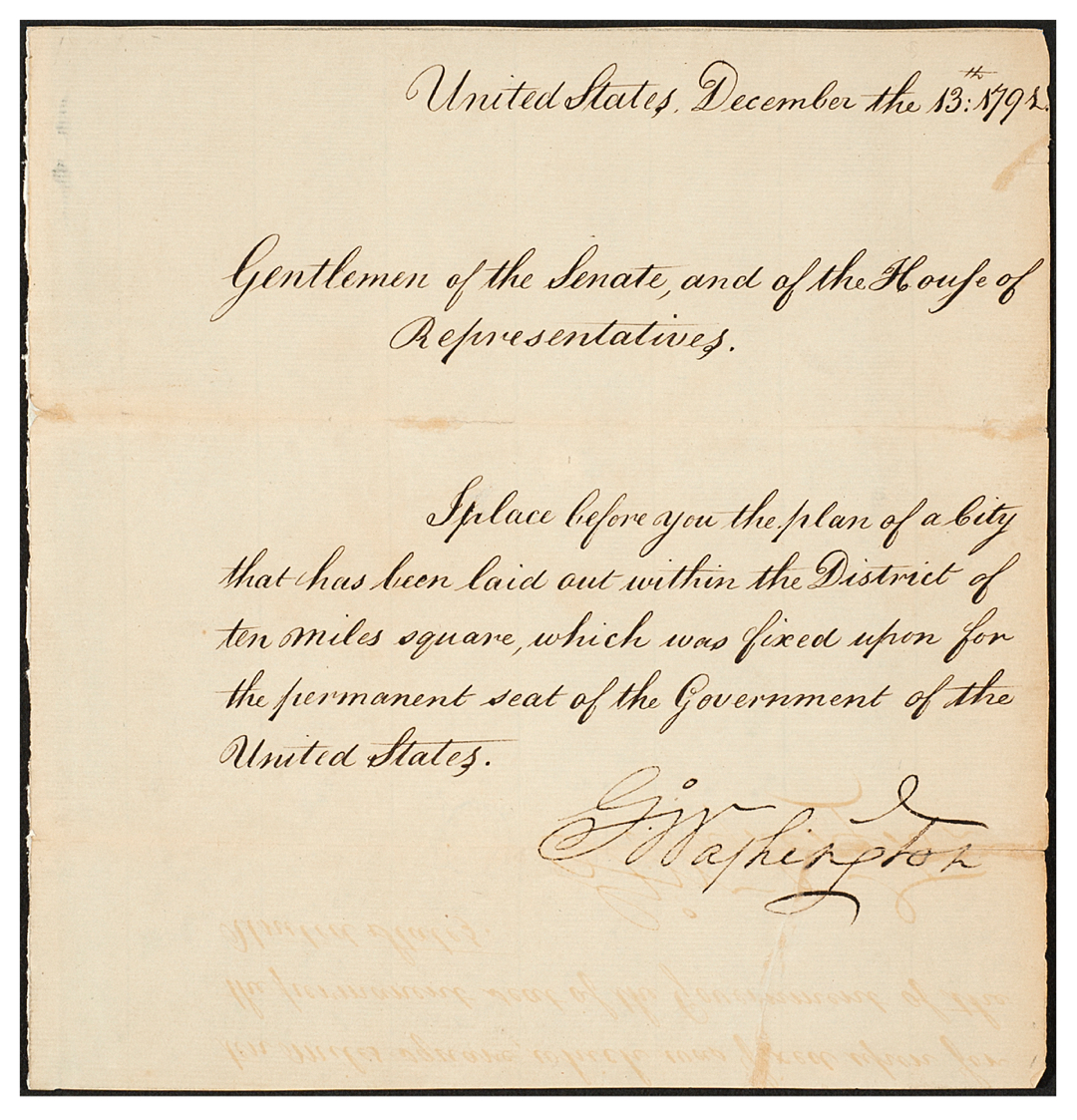 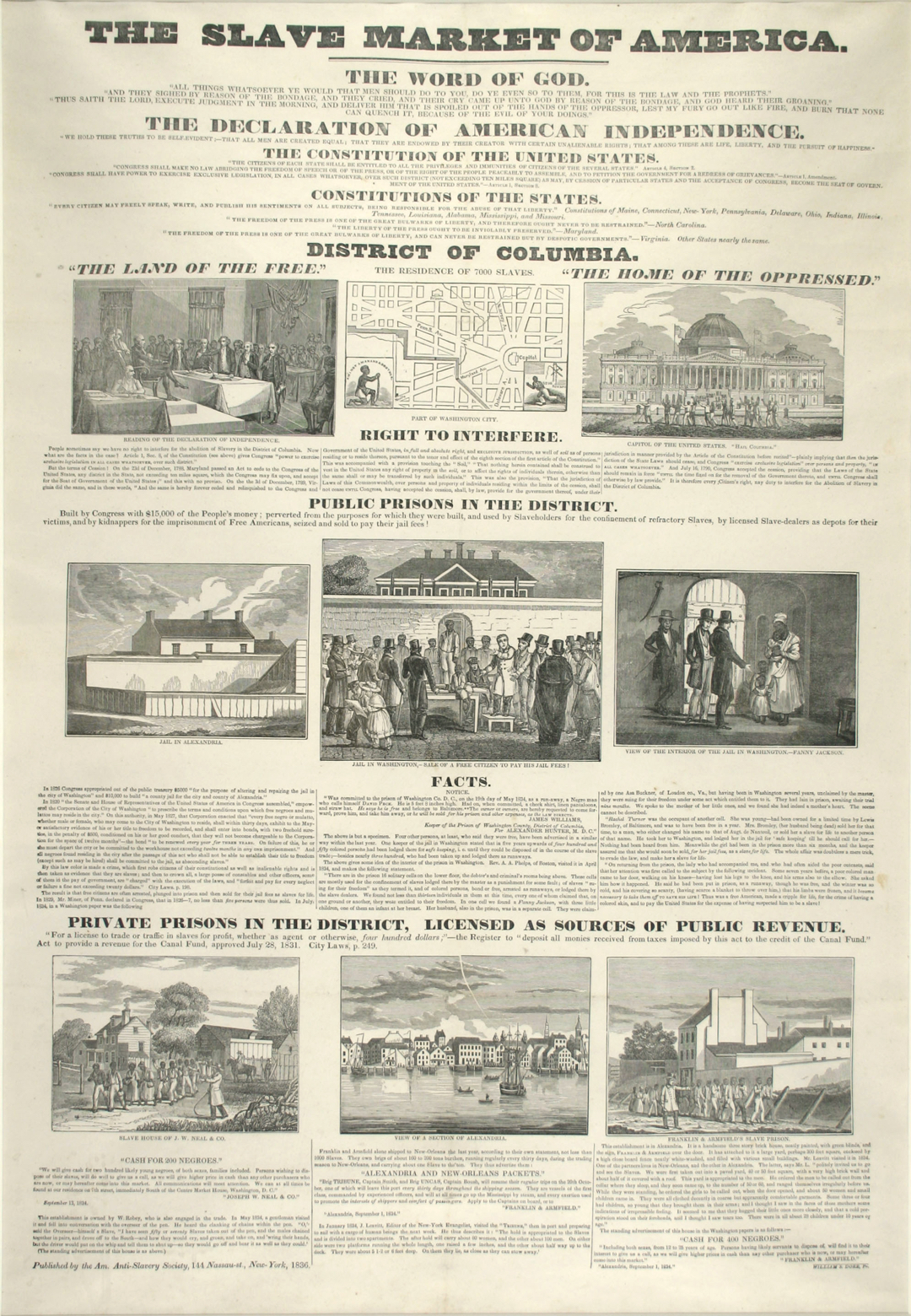 The Slave Market of America, printed by William Dorr, published by the American Anti-Slavery Society, 1836, AS 13. 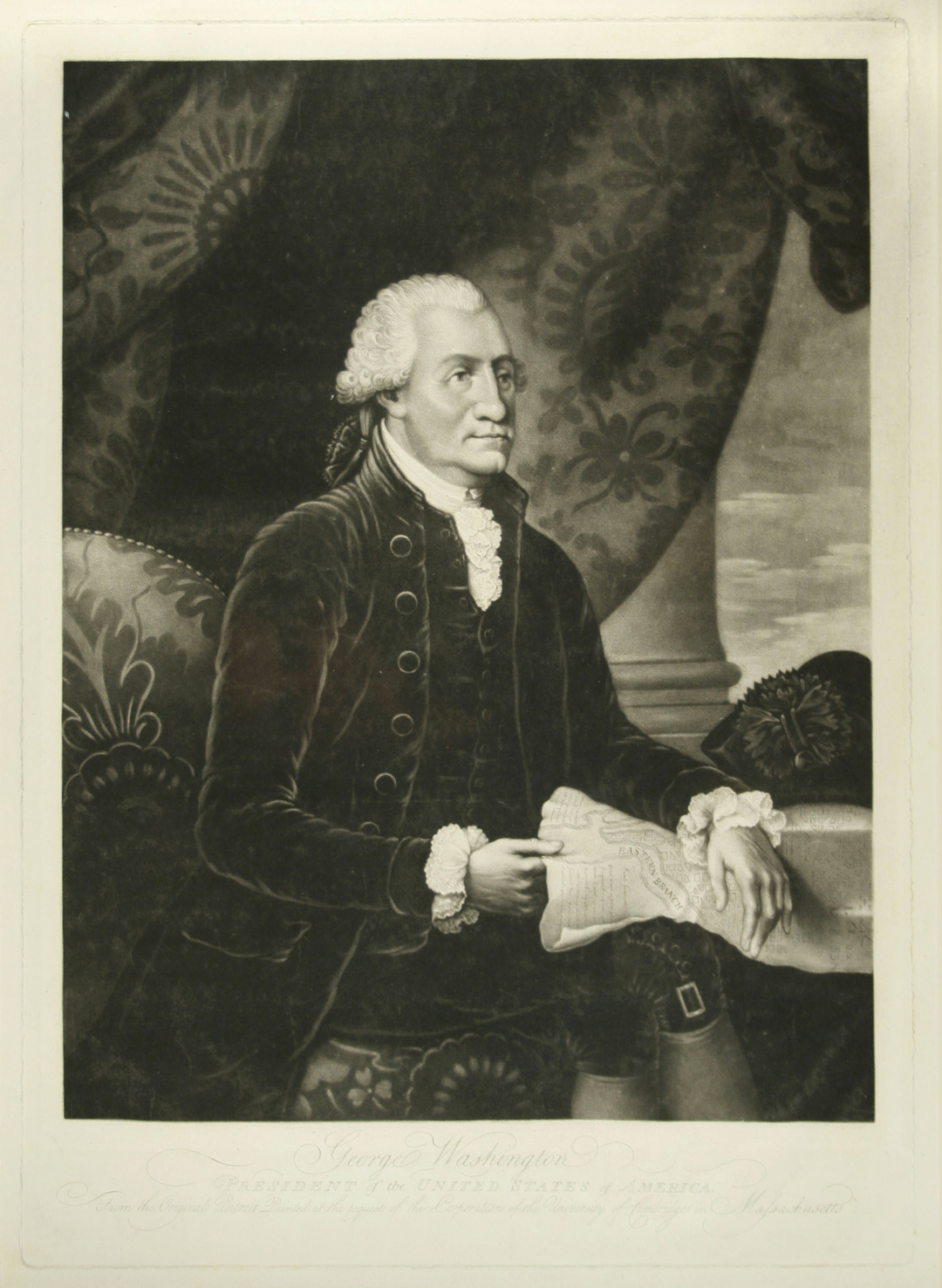