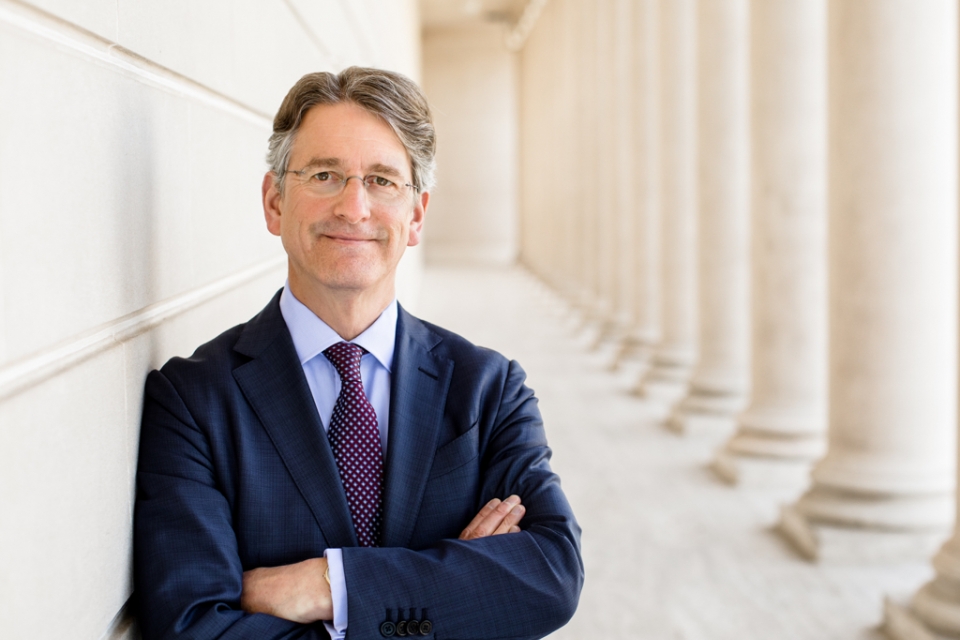 WASHINGTON (Nov. 22, 2019)—Museum leader Thomas P. Campbell received the George Hewitt Myers Award for lifetime achievement in furthering the field of textile arts. The Myers Award, named for The Textile Museum’s founder and presented by the board of trustees of the George Washington University Museum and The Textile Museum, is recognized internationally as the highest accolade in the field of textile arts. The award was presented at a museum celebration on Thursday, Nov. 21, 2019.

“Having dedicated my career to art as a gateway to human understanding, with emphasis on the textile arts, I am humbled to be recognized by the prestigious Myers Award,” Dr. Campbell said. “Drawing on the unique pioneer spirit of San Francisco I look forward to giving costume and textile arts a strong voice at the Fine Arts Museum of San Francisco and furthering their interest among new, broader audiences.”

A distinguished art historian, Dr. Campbell was educated at Oxford and the Courtauld Institute of Art at the University of London. He joined the Metropolitan Museum of Art in 1995 as curator in the Department of European Sculpture and Decorative Arts and supervising curator of the Antonio Ratti Textile Center, a textile conservation center holding the museum’s collection of textiles from 4,000 B.C. to the present.

Dr. Campbell served as the director and CEO of the Metropolitan Museum of Art between 2009-2017. In June 2017, he accepted the Getty Rothschild Fellowship for research and study at the Getty in Los Angeles and Waddesdon Manor in the United Kingdom. He currently is the director and CEO of the Fine Arts Museums of San Francisco, overseeing the de Young and Legion of Honor museums, an institution that holds broad collections of costumes and textiles; spanning nearly three millennia and representing cultures from 125 countries.

“We are delighted to honor Tom for his extraordinary leadership that has brought new attention to textiles and fashion in the context of major museums,” Bruce P. Baganz, president of the board of trustees of The Textile Museum and co-chair of the board of the George Washington University Museum, said. “His support of collaborations across museum specialties has demonstrated his unique understanding that textiles and costume have the ability to bridge diverse disciplines, further scholarship, and inspire public appreciation.