“Common Threads” Explores the Relationship between Clothing and Personal Identity 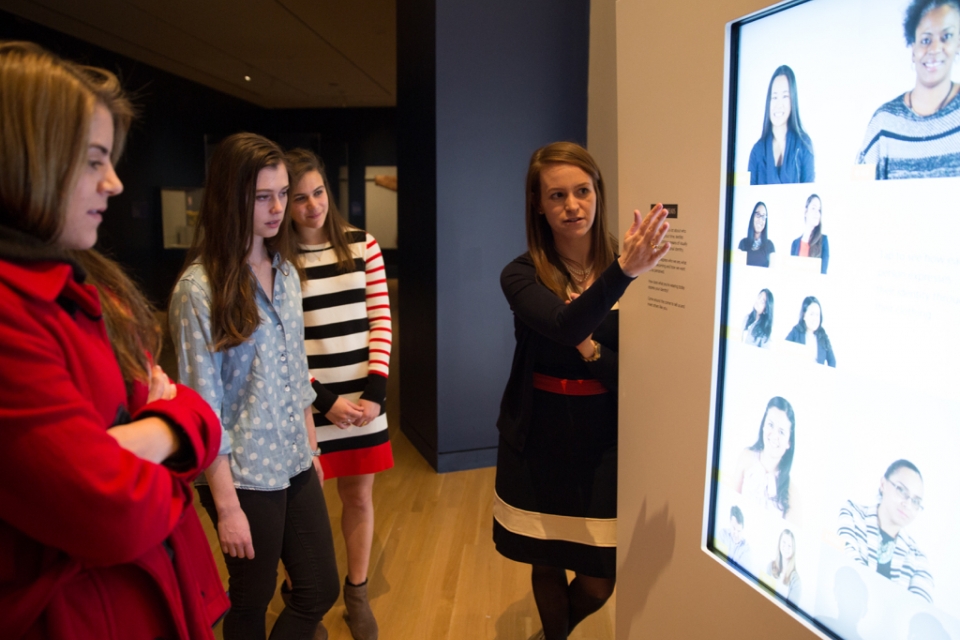 WASHINGTON (June 23, 2016)—Second Story, part of SapientNitro, and its client, The George Washington University Museum and The Textile Museum, announced that they were honored with a Gold MUSE award from the American Alliance of Museums for “Common Threads,” an interactive photo booth experience that explores the relationship between people’s clothing and their identity

“Clothing is an integral part of our identity. It shares with the world how we want to be perceived and can, at times, help us forge connections with other people,” said Joel Krieger, Creative Director - Atlanta, Second Story. “We’re proud to work with the Textile Museum on this one-of-a-kind project and are honored that it was recognized with the highest honor from the American Alliance of Museums.”
In the “Common Threads” installation, visitors use a touchscreen to respond to a series of prompts, selecting the keywords that best describe them and their clothing. They then pose for a photo and share the stories behind their appearance: the t-shirt they stole from their big brother, the scarf their great-grandmother wore to her wedding, the pair of shoes they saved up to buy. When visitors submit their final image, they discover a collage of photos of others who have used the same keywords to describe themselves. They notice similarities and start to unravel the signals conveyed through their own clothing.
“Common Threads” was created as part of The Textile Museum’s exhibit "Unraveling Identity: Our Textiles, Our Stories," which explored how textiles serve as tools for self-expression around the world and throughout history.
Now in their 27th year, the MUSE awards recognize outstanding achievement in Galleries, Libraries, Archives or Museums (GLAM) media and celebrate scholarship, community, innovation, creativity, education and inclusiveness. In addition to the Gold MUSE award, “Common Threads” has also been honored with a Platinum: Best in Category award from the Creativity Media & Interactive Design Awards and a Gold Award of Excellence, Interactive Multimedia: Special Interest from the Communicator Awards.
-GW-