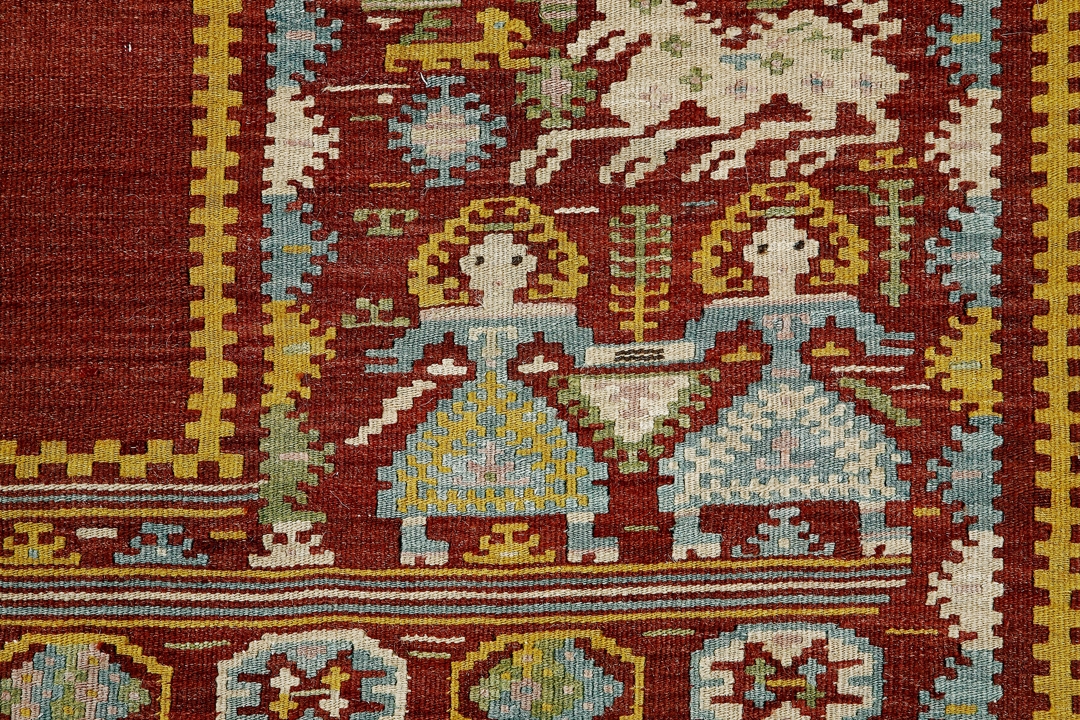 In this illustrated lecture, independent researcher Alberto Boralevi will explore how textiles produced in the Italian folk tradition blend designs and techniques from the East and West. Boralevi will present antique examples of peasant weavings gathered from various museum and private collections in Italy and abroad. His talk anticipates a book on Abruzzi carpets, which he is developing in collaboration with two other Italian textile specialists of that area.

The term "peasant rugs" generally refers to textiles produced by Italian folk tradition, primarily from the peninsula's central-southern zones, as well as Sicily and Sardinia. The techniques and patterns of these Italian rural weavings share a striking affinity with the tribal weavings of Anatolia, Persia, and the Caucasus.

These near eastern rugs, especially Turkish, are the result of centuries of encounters and fusion between the ancient textile traditions of the Turkic peoples of Central Asia and the equally ancient Mediterranean tradition, with roots in the Greek-Roman and Byzantine worlds, along with the region's other native cultures. These forms were later enriched by the contribution of Arabic and Spanish-Arabic culture. Both Italian and Turkish carpets as we know them were born out of this melting pot. Today, the greatest examples of Italian folk weaving are from Sardinia, but until the last century, there were many other famous, active centers, particularly in the Abruzzi region.

Alberto Boralevi is a dealer and researcher of antique carpets and textiles. He has lectured around the world; published numerous articles, books, and catalogues; and consulted for museums and private collections. As chairman of the International Conference on Oriental Carpets academic committee Boralevi organized conferences on Oriental rugs in Milan (1999), Istanbul (2007), Stockholm (2011) and Washington, D.C. (2015 and 2018). He also organized the fifth International Symposium on Azerbaijani Carpets in Baku (2017). In 2011 Boralevi received the Joseph V. McMullan Award for Stewardship and Scholarship in Islamic Rugs and Textiles from the Near Eastern Art Research Center of New York.

You can register for this program online. After you register, we will email you a link and instructions for joining our program online via Zoom. Simply follow that link at the time the event starts (11 a.m. EST). When you register, you can also ask to receive a reminder email one day before the program with the link included.

Collectors and experts discuss textile topics and display examples from their personal holdings. You are invited to submit related pieces to share during the program. This series is named in honor of late Textile Museum trustee emeritus, Harold M. Keshishian. Browse upcoming programs