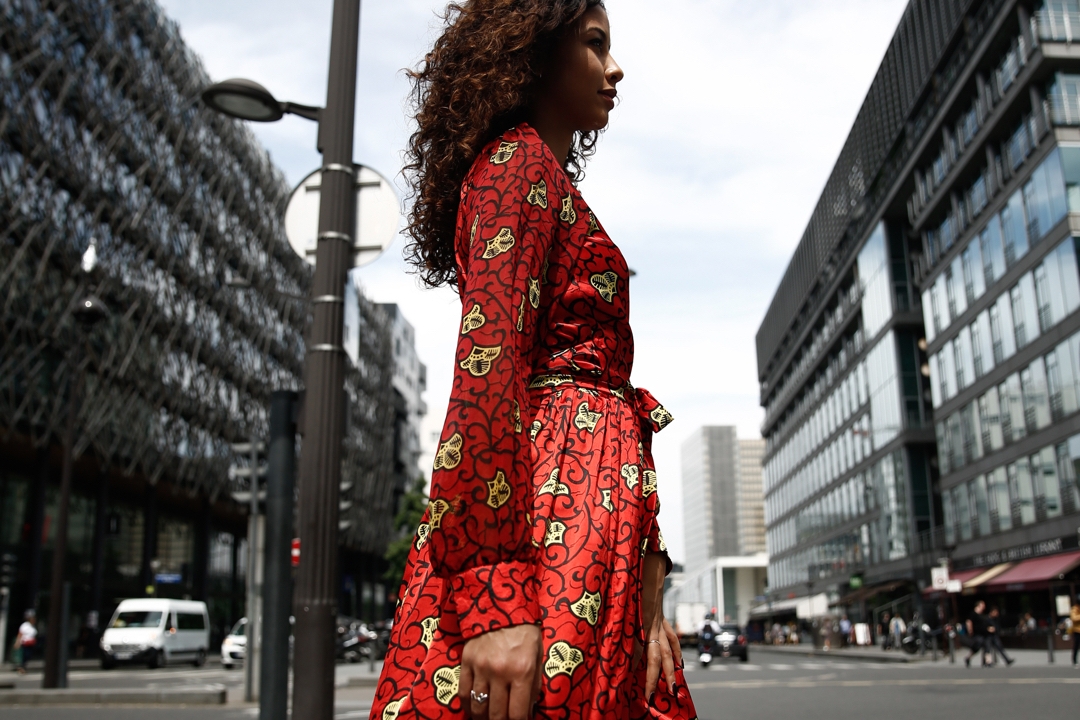 Join fashion researcher and stylist Joelle Firzli for a discussion of Wax in the City, a film following the new generation of Franco-African designers who are taking Paris by storm with bold African wax prints.

Africa is in fashion. The look? Wax, which more and more African and Afropean designers have chosen to integrate into their creations. Flora Coquerel, a Franco-Beninese  woman and the winner of Miss France 2014, invites us to see how the colors of a simple fabric have become the symbol of the cultural melting pot for an entire generation. (BKE, 2018, 54 minutes.)

Joelle Firzli is an independent fashion researcher, writer, speaker, critic and stylist with a global outlook on fashion. Her research focuses on sustainable fashion and non-Western textiles. Firzli holds a master's in Fashion Studies from Parsons and has been featured in publications such as the Business of Fashion, Huffington Post, New York Times, Marie Claire Arabia, Elle Vietnam and more.

To participate, simply sign up here, and then watch the film at your leisure before Thursday, February 25. The film is available to stream on Vimeo. We will email you a link and instructions for joining our group discussion on Zoom.