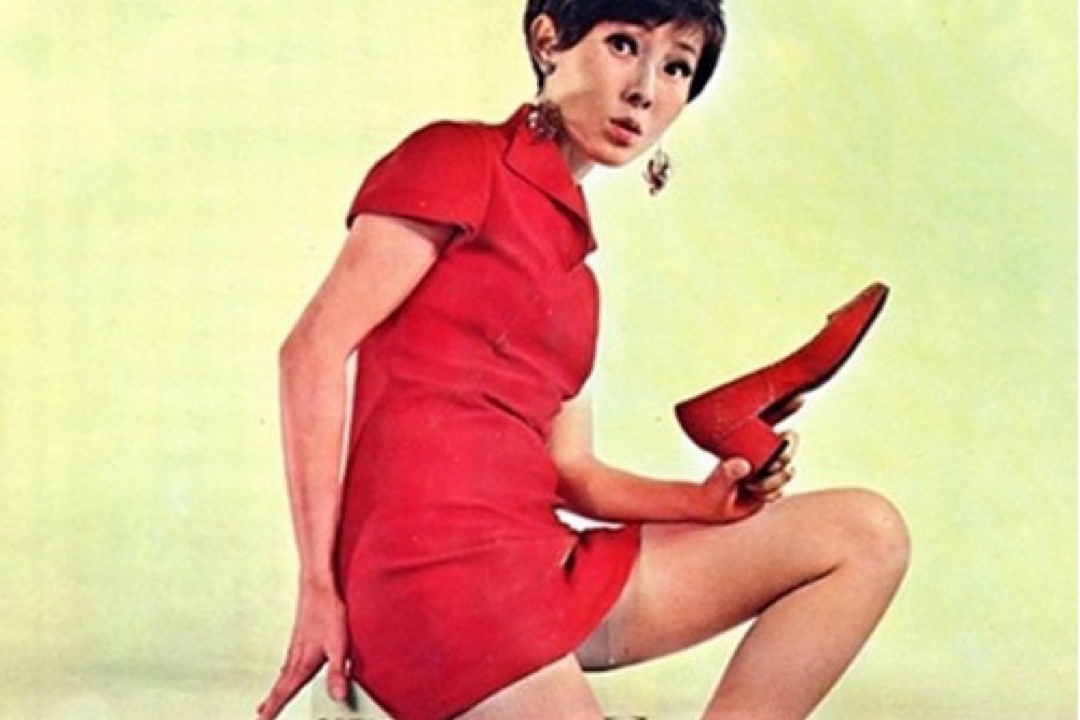 Yoon Bok-hee in a miniskirt designed by Nora Noh. Photo courtesy of the Korean Film Council

Join Curator Lee Talbot for a conversation about The Rise of the Miniskirt: Nora Noh, a film about the legendary Korean designer who brought stylish and pragmatic women’s wear to a country redefining itself after WWII.

Iconic South Korean designer Nora Noh has been creating fashion for working women for over 60 years. Her lifetime has coincided with the sweeping westernization of South Korea. After a failed teenage marriage, Noh went on to become a designer of international acclaim and a feminist inspiration in the country. The film weaves together archival footage from South Korea of the 1940s, 1950s, and 1960s along with interviews with Noh’s former customers, film stars, and fashion experts—reconstructing key scenes from Noh’s life to reveal an independent spirit that was unusual for the time. Meanwhile, Noh and passionate young stylist Seu Eun-Young prepare for an upcoming fashion show. (Kim Seong-hee, 2018, 92 minutes, English subtitles.)

Lee Talbot joined The Textile Museum as a curator in 2007, specializing in East Asian textiles. He has curated numerous exhibitions and published catalogues, articles, and textbook chapters. He graduated from Rhodes College with a bachelor’s degree, and holds a MBA from the Thunderbird School of Global Management and a master’s from Bard Graduate Center. He is completing his doctoral dissertation on Korean textiles and costume history at Bard. He serves on the board of Textile Society of America and the editorial board of Textile: The Journal of Cloth and Culture.

To participate, simply sign up here, and then watch the film at your leisure before Thursday, January 28. The film is available to stream on YouTube. We will email you a link and instructions for joining our group discussion on Zoom.