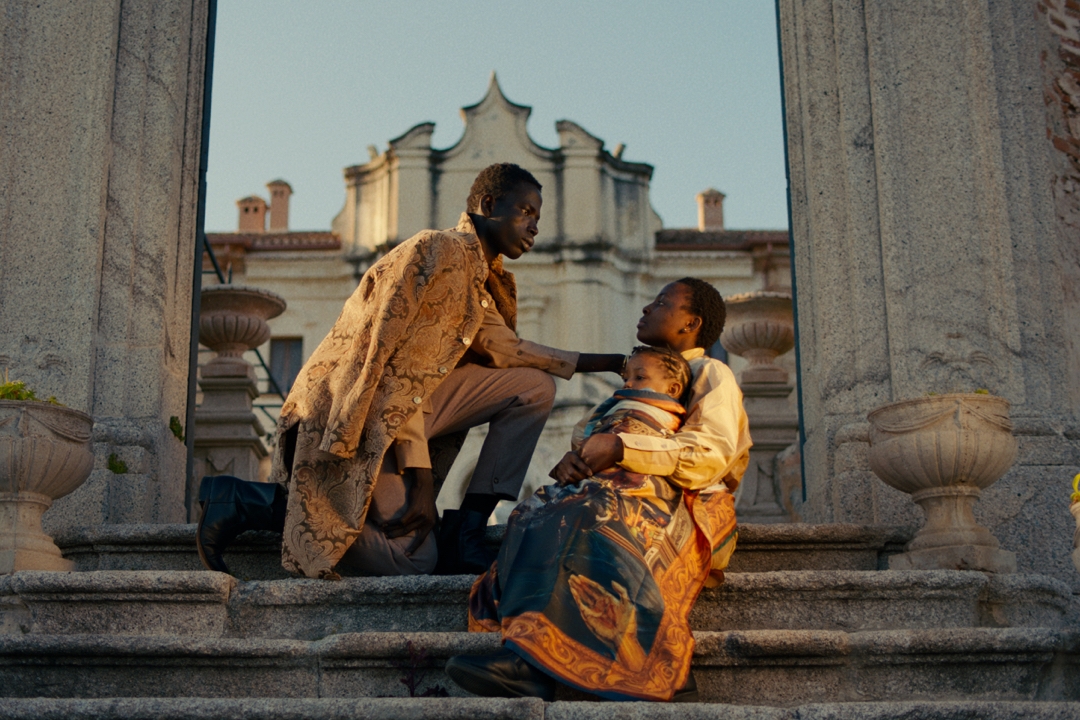 Join us for the Washington, D.C., premiere of the short film “After Migration: Calabria,” followed by a discussion with co-director and producer Walé Oyéjidé.

The film tells the story of a boy who left his home in The Gambia at age 15 and a Nigerian single mother who gave birth in a detention camp as they transcend their difficult histories while integrating into a quiet region of southern Italy. Stories about irregular migration often center on trauma and depict seekers of asylum as hapless victims in need of rescuing. This film subverts this commonly accepted narrative by illuminating the regality of those who are often disregarded as outsiders.

Combining culturally representative fashion design with storytelling, the After Migration project celebrates the lives of refugees in ways that dispel tropes casting them as unfortunates. Subjects of irregular migration are shown as nuanced contributors to their new societies, while journeying in search of safe places to call home.

Before the screening, guests are invited to visit the lower-level galleries to explore the colorful selection of head coverings on display from the Textile Museum Collection.

This event is a partnership with District Cinema, and Tribute Collective.

Walé Oyéjidé, Esq., is a TED Fellow, National Geographic Explorer and the founder and creative director of Ikiré Jones. He employs fashion design as a vehicle to celebrate the perspectives of marginalized populations. His work appears in the films "Black Panther" (2018) and "Coming 2 America" (2020), and was included in the Gender Bending Fashion exhibition at the Museum of Fine Arts, Boston (2019). Oyéjidé is also a writer, speaker, filmmaker, musician and lawyer who combats bias with creative storytelling.

This program will take place in person at the museum. Fee: $20/members, $30/public, $15/GW students with valid ID. Please register on Eventbrite to receive links and information to join the program.

About Fashion on Film