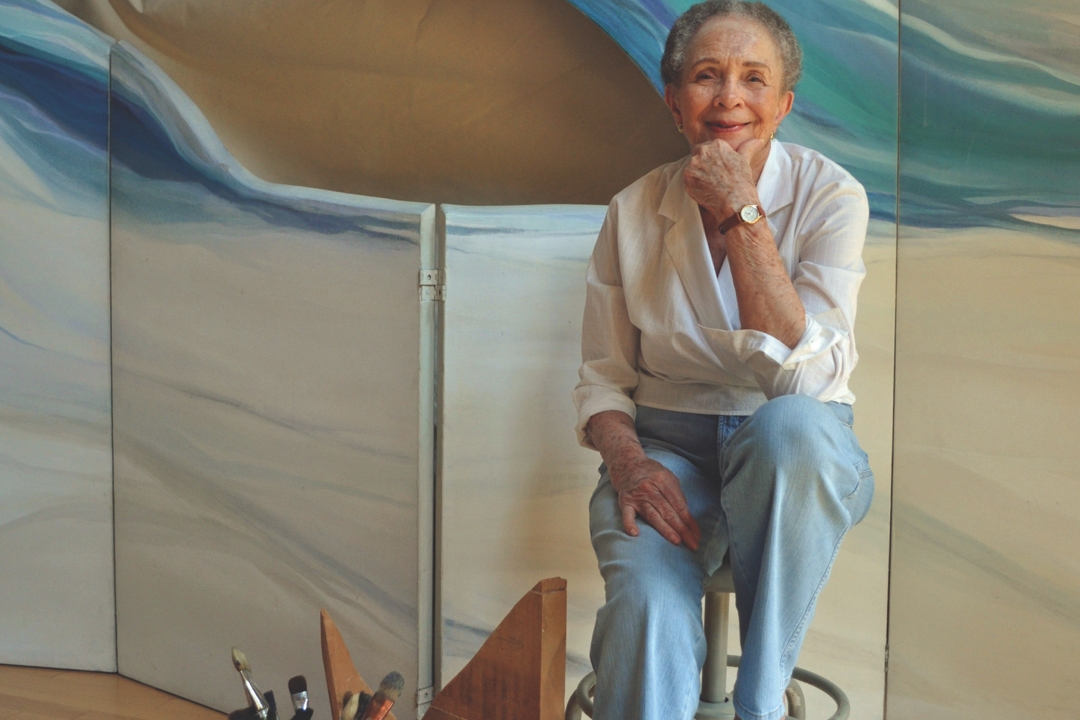 Join us for a virtual screening of Kindred Spirits—a new documentary exploring the lives of D.C. artists Hilda Wilkinson Brown and Lilian Thomas Burwell—followed by a discussion with filmmaker Cintia Cabib.

Kindred Spirits explores the careers and close relationship of an African American aunt and niece who, despite the hardships of the Great Depression and the inequities of racial segregation, became accomplished artists and educators. (Cintia Cabib, 2020, 27 minutes)

Cintia Cabib is an independent video producer, videographer, and editor specializing in documentaries and educational videos. Her programs have been shown nationwide on PBS and on cable television. Her videos have been purchased by nonprofits, government agencies, school systems, public libraries, and colleges and universities. From 1991 to 2005, Cintia was the training director at Montgomery Community Television in Rockville, Maryland, where she produced informational, multicultural and promotional programming, supervised community-produced television programs, and managed video production classes. Cabib is a member of the Washington, D.C., chapter of Women in Film and Video. A native of Buenos Aires, Argentina, she is fluent in Spanish.

To participate, register online, and we will email you a link with instructions for joining the program on Zoom. When you register, you can also request to receive a reminder email one day before the program with the film and Zoom links included.